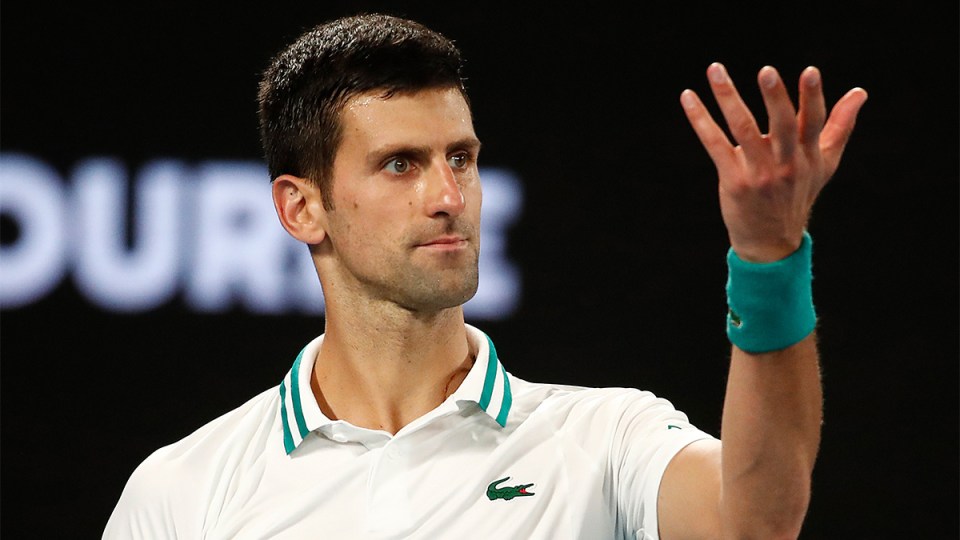 It remains unclear if Novak Djokovic will be allowed entry to the US to play at Indian Wells. Photo: Getty

Rafael Nadal will be the man to beat when action begins in Indian Wells this week while Novak Djokovic’s place in the ATP Masters 1000 event remains unclear.

Nadal’s season was cut short last year due to a foot injury but the Spaniard has come roaring out of the gates in 2022, winning the Australian Open in January for a men’s record 21st grand slam title.

He followed that up by winning his fourth title in Acapulco last month and has not lost in 15 matches this season.

“Rafa Nadal is now 35-years-old and he’s never had a start to the season like this one,” Indian Wells tournament director and former player Tommy Haas said on a recent podcast.

“He’s the guy to beat here, there’s no doubt about it.”

Nadal’s Serbian rival Djokovic remained in the tournament draw on Tuesday. However, his ongoing refusal to be vaccinated against COVID bars the world No.2 from entry into US.

“Novak Djokovic is on the tournament entry list, and therefore is placed into the draw today,” tournament organisers wrote on Twitter on Tuesday.

“We are currently in communication with his team; however, it has not been determined if he will participate in the event by getting CDC approval to enter the country.”

Djokovic was famously booted from Australia on the eve of the Melbourne grand slam because he is not vaccinated. He has since reaffirmed his opposition to COVID shots, saying he is prepared to miss out on future tournaments if vaccination remains mandatory.

Nadal’s biggest threat could, however, come from Daniil Medvedev, who enters a tournament as the top-ranked player for the first time.

Also in fine form is big-serving Andrey Rublev, who won a title in Dubai last month.

Both players are from Russia. They will not compete under the name or flag of their country, a decision handed down by tennis authorities following Russia’s invasion of neighbouring Ukraine.

In the women’s field, world No.78 Naomi Osaka will aim to begin her ascent back to the top of the tennis world at the tournament that launched her career in 2018.

Since her maiden title in Indian Wells four years ago the Japanese ace has won four grand slams to become the world’s highest-paid female athlete.

Osaka, who fell in the third round at the Australian Open, will face Sloane Stephens in a first-round blockbuster on Wednesday.

World No.1 Ash Barty and top-ranked American Danielle Collins are absent from the WTA 1000 event after both withdrew last week while an elbow has forced second-ranked Barbora Krejcikova to pull out.