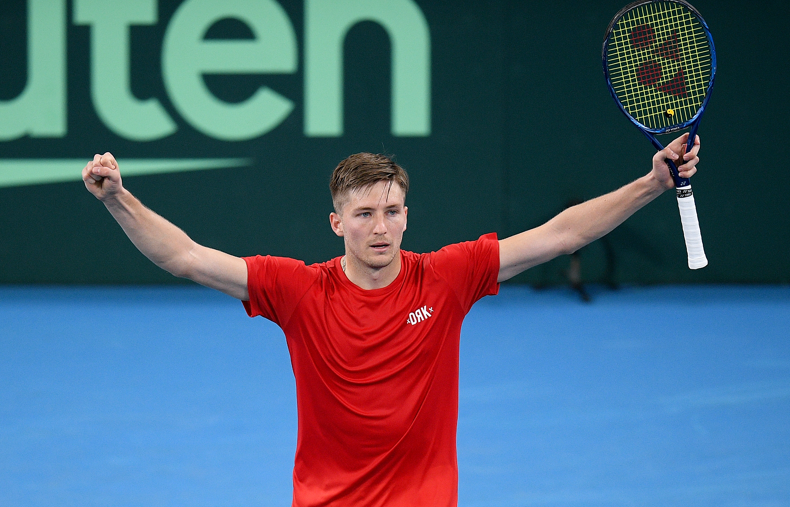 Hungary have stunned Australia in the doubles to take a shock 2-1 lead in the Davis Cup qualifying tie in Sydney.

After initially naming Marton Fucsovics to partner Marozsan at Thursday’s draw, Nagy opted to rest his singles spearhead for the first reverse singles match against Australian No.1 Alex de Minaur.

The visiting skipper only made the announcement half an hour before the doubles, but Valkusz — ranked 1312th in doubles and the world No.439 singles player — was an unexpected success.

Peers, a former Australian Open doubles champion and a winner of the Olympic bronze medal in mixed last year with Ash Barty, cut a forlorn figure after double-faulting on match point to hand Hungary victory.

He dropped serve three times in the first set as the home fans, under the closed roof at Ken Rosewall Arena, watched on almost in disbelief.

“I don’t think we played the best match we could have but I feel like those guys played a really good level and didn’t really let us settle,” Peers said.

Australia on the brink

The defeat leaves de Minaur and Thanasi Kokkinakis needing to win both Saturday’s reverse singles to rescue Australia and send Lleyton Hewitt’s team through to the finals in September.

Not since Hewitt and Sam Groth posted last-day wins against Kazakhstan in the 2015 quarter-finals in Darwin as Australia overturned a 2-1 deficit in the famous teams’ event.

Fucsovics was rested after digging deep to beat Kokkinakis 7-6 (7-4) 1-6 6-3 in Friday night’s second singles rubber to lock the tie up at 1-1 after de Minaur gave Australia the early initiative with a 7-5 6-2 victory over Zsombor Piros.

De Minaur said he was pumped to play Fucsovics again after prevailing against the world No.35 in a third-set tiebreaker in Australia’s 2-1 victory over Hungary at last year’s Davis Cup Finals in Turin.

“We had a battle last Davis Cup and we get to do it again,” de Minaur said.

“We’re both playing for pride and passion and for our country … let the best man win.”

Should de Minaur prevail again and the tie go down to the wire, Kokkinakis said he should be ready to play against Piros, assuming neither captain changes their line-ups, despite needing treatment for a hamstring strain during his loss to Fucsovics.

Hewitt also has the option of calling up Alexei Popyrin for any potential deciding rubber.