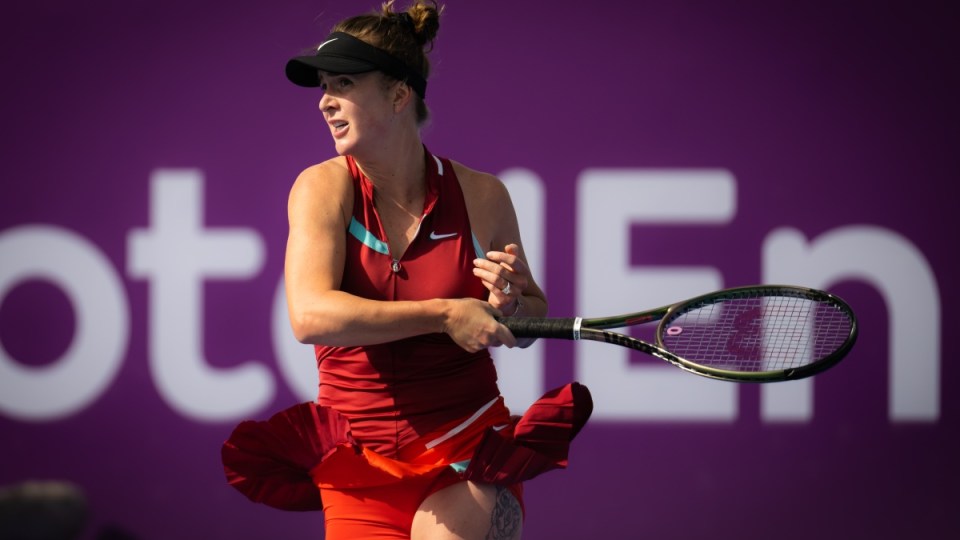 Ukraine's Elina Svitolina says she will not play in the Monterrey Open if Russian flags are present. Photo: Getty

Russian tennis player Anastasia Potapova says sportspeople are becoming “hostages of the current situation” as a row brews over her first-round clash against Ukrainian top-seed Elina Svitolina at a Mexican tournament.

Ukrainian Elina Svitolina said on Tuesday she would not play Potapova in the Monterrey Open unless the Russian had to play as a neutral, as recommended by the International Olympic Committee.

Svitolina, took to Twitter to say she didn’t want to play her opening clash against Potapova – “nor any other match against Russian or Belarussian tennis players – until” tennis’ governing bodies barred competitors from those nations using national symbols, colours, flags or anthems.

The IOC’s executive said on Friday that Russian and Belarusian national flags should not be displayed at international sports events, following Russia’s invasion of Ukraine.

On Monday, the IOC’s executive board went further and recommended sports federations to ban Russian and Belarusian athletes and officials from competing in events. But Svitolina made her feelings known before the latest release.

“We Ukrainian players requested to ATP, WTA and ITF to follow the recommendations of the IOC to accept Russian or Belarusian nationals only as neutral athletes, without displaying any national symbols, colours, flags or anthems,” the world No.15 said.

“Accordingly, I want to announce that I will not play tomorrow in Monterrey, nor any other match against Russian or Belarusian tennis players until our organisations take this necessary decision.”

Potapova responded, also by tweet, later on Tuesday, although she did not mention Svitolina by name.

“It is difficult to explain to people from politics that, for me, there is no opponent from any country,” she wrote.

“I am fighting for victory, my best game, for my result.

“Unfortunately, now we, professional athletes, are essentially becoming hostages of the current situation.”

Potapova said she was a “stranger to politics”, but “against grief, tears and war”.

In a separate but similar statement on Monday, Ukrainian women’s tennis players including Marta Kostyuk and Lesia Tsurenko called on the WTA to pull all tournaments from Russia following the invasion of Ukraine.

“We Ukrainian tennis players would like to express our great surprise and dissatisfaction with the lack of any response with the situation with our motherland,” the statement said.

“It is especially strange that in prior cases of social injustice and sexual harassment the response of WTA was prompt, appropriate and bold.

“We demand that WTA immediately condemn Russian government, pull all tournaments out of Russia and approach ITF to do the same. Stop the war. Stop Russian aggression. Bring peace to our homes. Be human.”

The WTA did not immediately respond to an emailed request for comment.