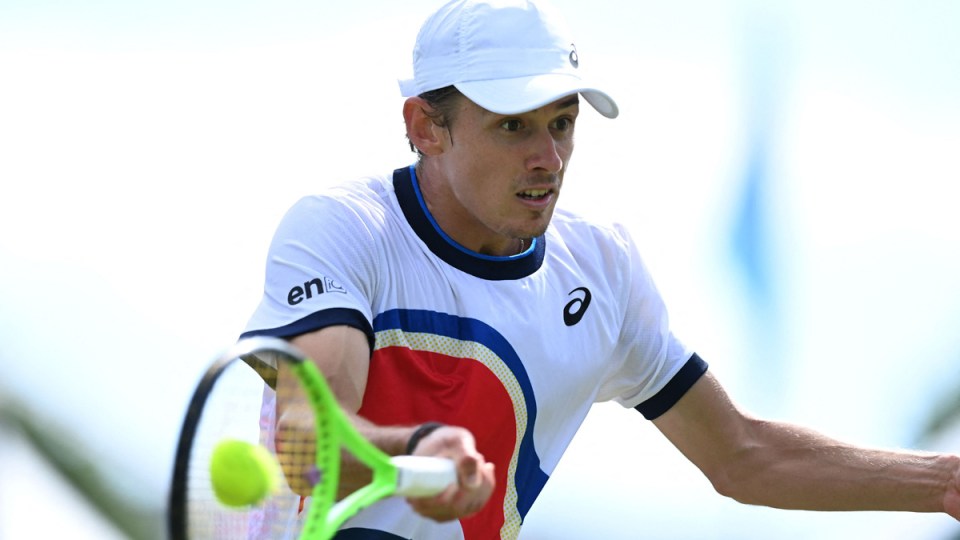 Alex de Minaur has denied that he has bought a falsified COVID-19 vaccination document.

Alex de Minaur has vehemently denied a report that he’s being investigated for purchasing a falsified COVID-19 vaccination certificate in Europe.

The Australian men’s No.1 player took to social media on Thursday to make it “100% clear” that his two vaccination shots were “valid, accurate and true”.

His response came after a media report in Spain, where he is based in Alicante during the European season, which alleged that he was among those being investigated for buying a falsified certificate to bypass vaccinations.

“Hi everyone. I wanted to write a quick message here to avoid any misunderstanding regarding a report that is in the Spanish media about my vaccination certificate,” de Minaur wrote on Twitter.

“I received my first dose of the vaccine in London last summer, and the second one at the Hospital La Paz in Madrid.

“News came out today that the hospital is under investigation for providing falsified covid certificates to some of its patients.

“I want to make it 100% clear that I received my second shot, that I have a completely valid, accurate and true vaccination record.

“Everyone around me, including my family, is fully vaccinated.

“I am not ‘under investigation’ in any way as is being suggested and my name is connected to this story simply because I was a patient at the hospital (as many thousands of others were).”

Spanish police sources told the news agency AFP on Thursday that the name of 23-year-old de Minaur was among those of athletes and other prominent figures that had featured on a list of alleged buyers.

The world No.32 played in his home Australian Open last month, where vaccination was compulsory. He reached the last-16.

Police in Spain have reportedly been looking into the Spanish branch of an organisation that has provided false COVID and PCR passes through messaging applications.

The ATP Tour stipulates that submitting a falsified COVID-19 vaccination record is punishable by a fine of up to $US100,000 ($A140,000) and suspension from its tournaments for up to three years.

De Minaur had to pull out of last year’s Tokyo Olympics after testing positive for COVID-19. The Sydneysider was reportedly left “shattered” by his withdrawal.

After his infection, it took some time for him to get back to anything like his most convincing form. But his best-ever Australian Open run and a run to the quarter-finals in an ATP tournament in Rotterdam last week suggested he’s returning to his best.

Paul Bongiorno: It won’t be easy for Anthony Albanese, but he says he’s up for it
‘I understand the consequences of my decision’: Novak Djokovic prepared to sacrifice titles
Today's Stories