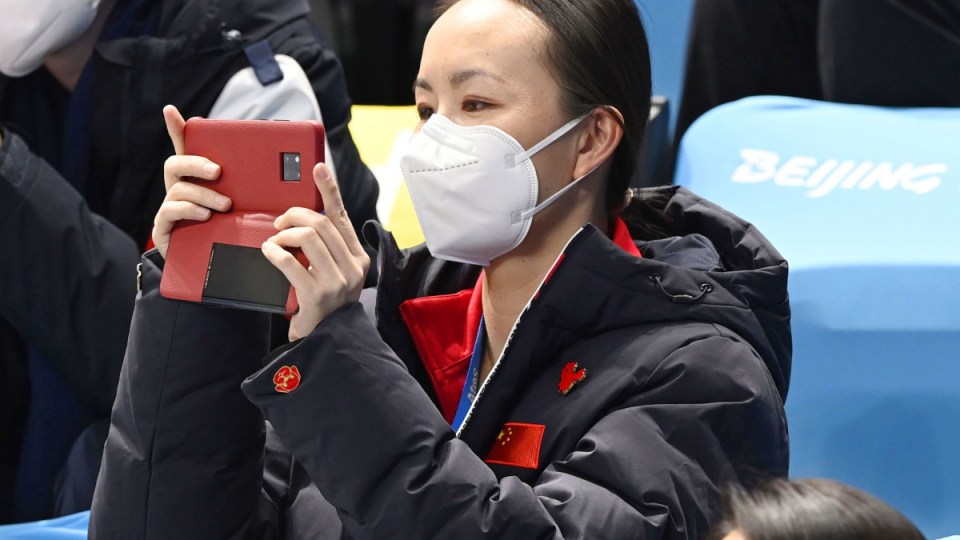 The Women’s Tennis Association says its concerns over Peng Shuai have not been alleviated by an interview with L’Equipe.

In the French newspaper’s article, Peng described reports she accused a high-ranking Chinese official of sexual assault as a “huge misunderstanding” as she repeated her denial the alleged incident took place.

The former doubles world No.1 wrote in a social media post in November that she was forced to have sex with former vice-premier Zhang Gaoli. Her post was swiftly deleted and her subsequent silence raised fears over her safety.

The L’Equipe interview, during which she was accompanied by Chinese Olympic Committee chief of staff Wang Kan who translated her responses, was published on Monday.

At the same time, a statement was released by the International Olympic Committee confirming Peng had dinner on Saturday with its president Thomas Bach and the former chair of the IOC Athletes’ Commission, Kirsty Coventry.

WTA chairman and chief executive Steve Simon said in a statement released on Monday night: “It’s always good to see Peng Shuai, whether in an interview or attending the Olympic Games.

“However, her recent in-person interview does not alleviate any of our concerns about her initial post from November 2.

“To reiterate our view, Peng took a bold step in publicly coming forth with the accusation that she was sexually assaulted by a senior Chinese government leader.

“As we would do with any of our players globally, we have called for a formal investigation into the allegations by the appropriate authorities and an opportunity for the WTA to meet with Peng – privately – to discuss her situation.

“We continue to hold firm on our position and our thoughts remain with Peng Shuai.”

Peng said in the L’Equipe interview: “I never said anyone had sexually assaulted me in any way.

“There was a huge misunderstanding in the outside world following this post. I don’t want the meaning of this post to be twisted anymore. And I don’t want any further media hype around it.

“It’s just that many people, like my friends or people from the IOC, messaged me and it was simply impossible to answer so many messages. But I’ve been always in close contact with my close friends.”

Peng’s predicament sparked a global call for transparency led by the WTA, which announced in December the suspension of all tournaments in China due to its dissatisfaction with the response to the allegation from the Chinese authorities.

Bach was criticised for steering the IOC down a less confrontational approach, instead pursuing a meeting with Peng, the details of which the organisation said would only be released at Peng’s discretion.

Peng attended Monday’s mixed curling match between China and Norway at the Beijing Winter Olympics and, according to the IOC, stated her intention to attend more events at the Games over the next two weeks.

She also accepted an invitation to visit IOC headquarters in Lausanne.