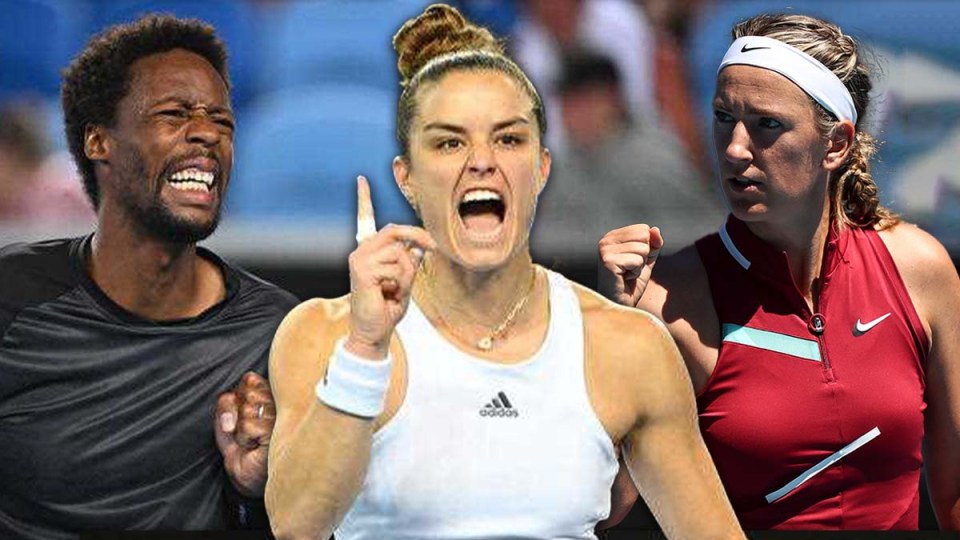 Frenchman Gael Monfils has recovered from a fall to claim a third-round win against Chilean Cristian Garin 7(7)-6(4) 6-1 6-3.

Monfils will next progress to the fourth round to face Serbian Miomir Kecmanovic.

The 17th seed has well and truly redeemed himself following his first-round defeat in 2021 to Finnish player Emil Ruusuvuori.

It wasn’t all smooth sailing, with Monfils taking a nasty tumble 17 minutes into the first set, retreating to the shade and grimacing in pain.

The player took a few minutes to gather his composure, with officials and opponent Cristian Garin coming to his aid.

Monfils soon found his feet, coming back to claim the first set in a tiebreaker, and even dominate the second set 6-1.

Azarenka back in the game

Two-time champion Victoria Azarenka is through to the fourth round of the Australian Open in dominating fashion, triumphing over Monfils’ wife, 15th seed Elina Svitolina, in a near-perfect game.

Thursday’s contest took just 67 minutes, with Azarenka remaining in firm control throughout and nabbing the win 6-0 6-2.

Such was her domination, the Belarusian took just 25 minutes to seal the first set.

Svitolina took some time to warm up to the challenge, building her defensive game in the second set.

But, although she managed to hold two service games, it simply wasn’t enough for Svitolina to stay in the Melbourne tournament – the Ukrainian was so outplayed at times, she was rarely able to return the ball beyond the net.

Azarenka said she was determined to destroy Svitolina’s defensive game.

“She’s a great defender, she’s a great competitor, so I had to try to get on top of her as much as possible and not let her breathe in a way.”

Perhaps Azarenka’s only error on court came after the match, when she paid tribute to Australian wheelchair tennis star Dylan Alcott – or as she said, Dylan Scott.

“I’d like to give a shout-out to Dylan Scott,” she said.

“He’s an amazing personality. What a story … he inspires me a lot.”

It’s the first time Azarenka has made it past the opening round in Melbourne since 2016.

The Greek has yet to drop a set en route to the second week but may be tested on Sunday against American Jessica Pegula, who advanced with a 7-6 (7-3) 6-2 win over Spaniard Nuria Parrizas Diaz.

Seeded 21st, Pegula made a breakout run to the quarter-finals last year and is proving somewhat of a Melbourne Park specialist.

The 27-year-old has never ventured beyond the third round in any of her 18 other grand slam appearances.

Sakkari said she felt at ease in Melbourne at what she considers to be her ‘home slam’.

“I’m enjoying myself and this crowd. It’s like playing at home so it feels great to be here. I feel like I have extra strength when I have them with me,” she said.

“They support me no matter what and I think opponents don’t like it. But I like it and I really want to thank the Greeks and everyone who is coming out here.”

Sakkari will likely either face world No.1 Ash Barty or defending champion Naomi Osaka in the quarterfinals, should she win against American Jessica Pegula in the fourth round.