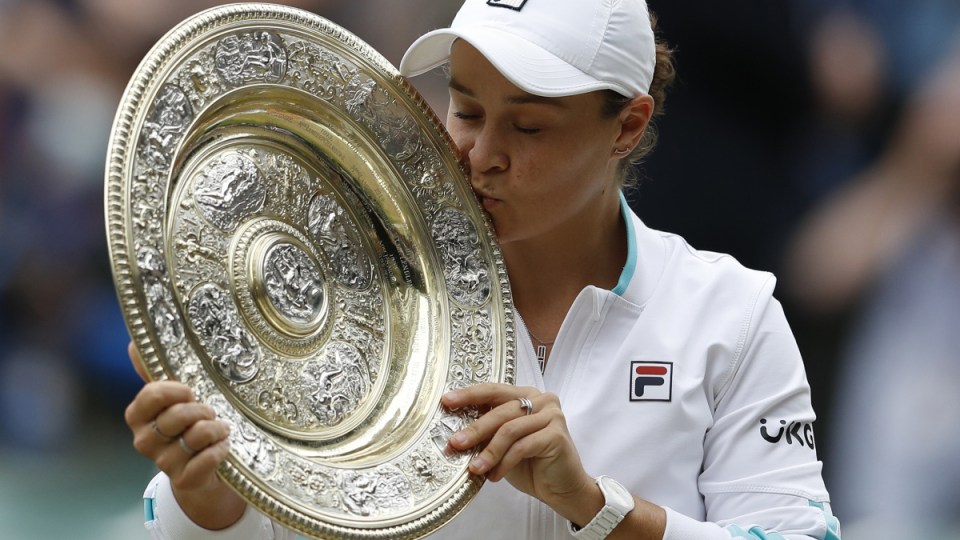 Ash Barty has joined some of the greatest names in tennis annals by becoming just the fifth woman player ever to be crowned as world No.1 at the end of three consecutive years.

Australia’s Wimbledon champion hasn’t competed for more than two months but such has been the excellence of her globetrotting five-trophy campaign in 2021 that no-one came close to catching her as the world’s best player this year.

The Women’s Tennis Association (WTA) officially confirmed on Thursday that the Queenslander had earned the prized accolade of the year —ending No.1 ranking.

It’s an honour that some critics felt she had not merited this time last year as the rankings were frozen for more than four months and Barty sat out the 2020 season in Australia because of the COVID-19 pandemic.

This year, though, she has ensured there could be no possible doubt about her supremacy as she’s lifted a nap hand of titles during a dazzling world tour, topped by the second grand slam triumph of her career at Wimbledon.

Now, as she celebrates 95 consecutive weeks at the top of the game, she joins a quartet of all-time greats — Steffi Graf, Martina Navratilova, Serena Williams and Chris Evert — as the only players to finish year-end No.1 for three straight years.

Meanwhile, Katerina Siniakova has ended up as the season-ending No.1 doubles player, having enjoyed another brilliant season with her Czech compatriot Barbora Krejcikova.

The duo, who won the French Open together and the season-ending WTA Finals title, first achieved the No.1 ranking together three years ago.

“Ashleigh and Katerina have enjoyed incredible seasons and I am delighted to see them earn the WTA year-end No.1 Rankings,” said Steve Simon, WTA Chairman and CEO.

“The WTA Tour this year has involved over 50 events in nearly 30 countries, and to finish the season in the No.1 position is an incredible achievement and highly deserved following their hard-work, passion and dedication to the game.”

Barty who started the year by winning the Yarra Valley Classic in Melbourne, went on to successfully defend her Miami title before going to Europe to take the Stuttgart Grand Prix on her 25th birthday weekend – complete with a new Porsche as a prize.

Though injury cost her the chance to successfully defend her French Open title, she then lifted her dream title at Wimbledon, won a mixed doubles bronze at the Olympics and the Cincinnati Open in the US.

Her shock exit to Shelby Rogers at the US Open was her last match of the season as she opted out of the WTA Finals in Guadalajara, Mexico — a title which was annexed on Wednesday by Garbine Muguruza — and went home for some r & r while also preparing for her assault on the Australian Open title.

Having also posted a runner-up finish at the Madrid Open, Barty ends the year with a remarkable 42-8 record in 2021 and has now enjoyed 102 weeks as No.1 in total.

Kirstie Clements: The future of fashion is comfort, not whatever they’re wearing in Dune
Doubt cast on email from missing Chinese tennis star
Today's Stories

Ash Barty joins the elite with third year at number 1