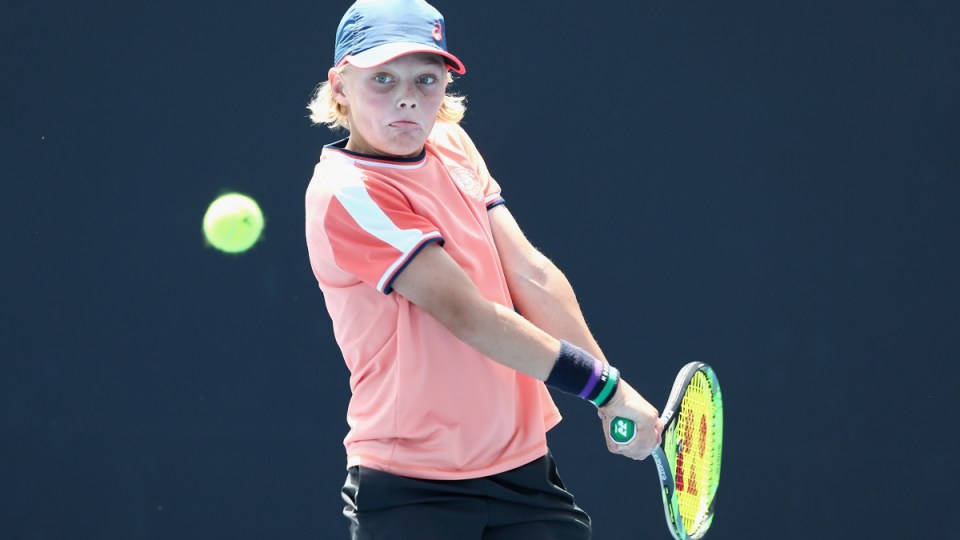 The young Hewitt in action in the 2020 Australian championships. Photo: AAP

Cruz Hewitt has added more tennis silverware to the family’s stash, watched on by his dad, former world No.1 Lleyton Hewitt, as he breezed to the Australian under-12 clay court title.

The 12-year-old didn’t drop a set in five matches in Canberra, while he also partnered with Asher Brownrigg to win the under-12 doubles.

Hewitt’s early success is no surprise given the form he’s shown while hitting with his father, who captains the country’s Davis Cup team and remains in the corner of many Australians on the ATP Tour.

There are plenty of similarities too, Hewitt’s style and on-court demeanour strikingly similar to that of his father’s.

“So proud to take home the title in the claycourt nationals. Had a great week in Canberra. #claydog,” he wrote on his Instagram after the win.

He’ll have to keep moving fast if he wants to replicate his father, who became the youngest men’s world No.1 as a 20-year-old and spent 80 weeks in total at the top, winning the US Open and Wimbledon.