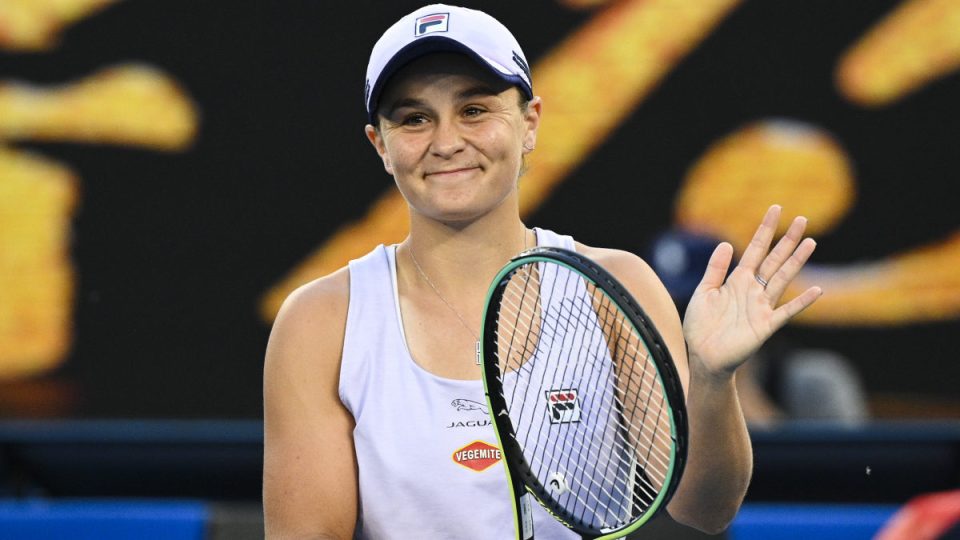 Australia's Ash Barty had no trouble booking her berth in the Miami Open final. Photo: AAP

Defending champion Ash Barty is through to the final of the WTA’s Miami Open after a convincing straight-sets win over Elina Svitolina.

The Australian was always in control of the semi-final, breaking the Ukrainian’s serve five times en route to the final.

Barty never looked in trouble against the No.5 seed despite dropping serve twice, creating 14 break-point opportunities.

She gained momentum after starting the tournament by saving a match point against qualifier Kristina Kucova. That was Barty’s first match outside Australia since February 2020.

Barty had been 1-5 previously against Svitolina but took charge with two early breaks and used her strong serve and deep slices to keep her opponent on the defensive.

Midway through the second set, Svitolina made a rare trip to the net, and Barty responded with a perfect lob winner that drew an appreciative pat of the racket strings from her opponent.

On match point, Barty closed out the victory with a forehand winner and a fist pump.

“It wasn’t easy today, not by any means,” she said after the battle with Svitolina. “I felt like I wanted to come out here and be aggressive, and I was able to execute it.

“Elina is an exceptional competitor. She’ll never give you a free point no matter what the score is. I know I have to bring my best and I was able to do that today,” Barty said.

The Queenslander’s reign as the game’s best was already guaranteed for at least another five weeks on Wednesday following Osaka’s defeat, but reaching the final will further enhance her ranking.

Her time at the pinnacle will extend to 74 weeks at least, and though much of that time was spent sitting at home while COVID-19 suspended the tour, it is enough to move Barty to ninth all-time for most weeks at the top.

“I have so many good memories playing here,” Barty said after beating Svitolina. “I’m very grateful to have another opportunity to play for the title.”