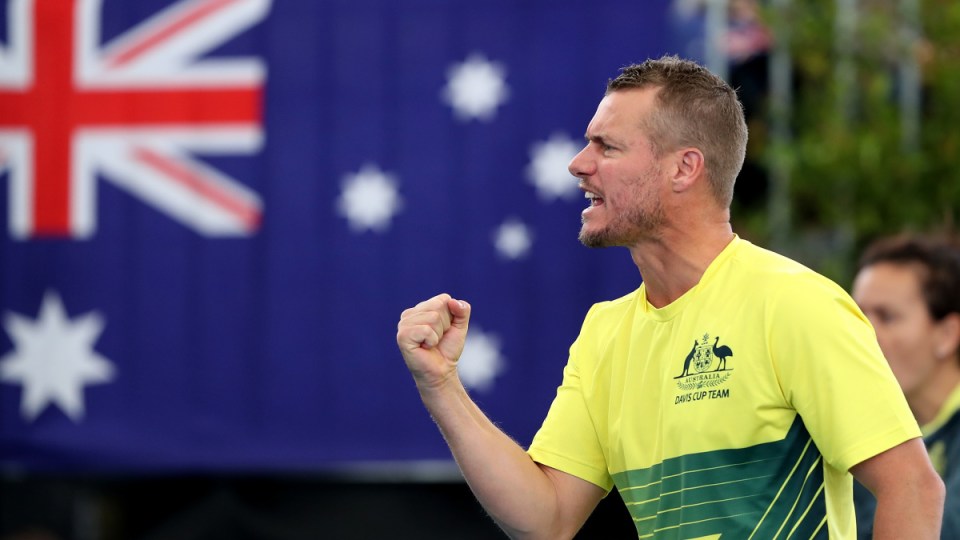 Lleyton Hewitt has been voted into the international tennis hall of fame. Photo: AAP

Lleyton Hewitt, the youngest male player to be ranked world No.1, has been voted into the International Tennis Hall of Fame in the Class of 2021.

The Australian star won grand slam singles titles at the US Open in 2001 and Wimbledon in 2002 and in November 2001 reached the top of the rankings at the age of just 20 years, 268 days.

Hewitt, who is also the youngest player to year-end No.1, helped Australia win the Davis Cup twice and was a winner of 30 professional tournaments, including back-to-back Masters Cup titles.

“When you are competing, you’re so focused on training and your results that week or that year, you don’t really look ahead to something like this,” the 40-year-old Hewitt said.

“But when that is all compiled up and deemed deserving of becoming a Hall of Famer, well, it’s just the ultimate recognition for a player, and I’m so honoured.”

Hewitt was the only one of five nominees in the player category – the others being Juan Carlos Ferrero, Sergi Bruguera, Jonas Bjorkman and Lisa Raymond – who was voted in.

Billie Jean King and the other members of the Original 9, who laid the groundwork for the women’s professional tour, are the first group elected together.

Last year marked the 50th anniversary of when King, elected to the Hall in 1987 for her accomplishments on the court, and eight other players took a stand against the disparity in prize money between men and women in the sport at the time.

That set the stage for the Virginia Slims circuit and eventually today’s WTA Tour.

The induction ceremony is scheduled for July 17 at the Hall in Newport, Rhode Island, and will also honour the former players voted in as the Class of 2020, Goran Ivanisevic and Conchita Martinez, because last year’s festivities were called off because of the coronavirus pandemic.