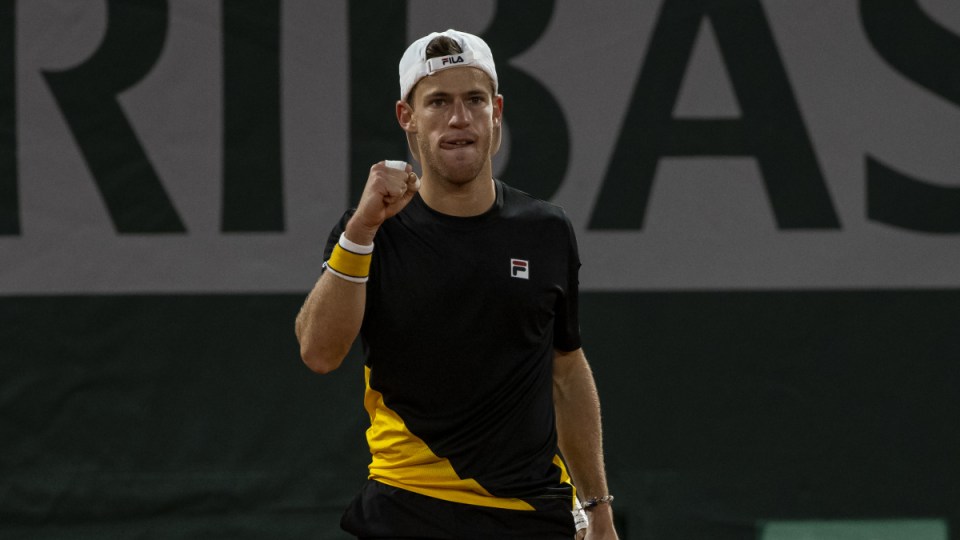 Dominic Thiem’s bid for French Open glory has been scuppered after the Austrian came up short in an epic five-setter against Diego Schwartzman at Roland Garros.

Thiem, who won the US Open just 23 days ago, finally wilted in the deciding set in an exhausting match of considerable quality.

Schwartzman made it a double celebration for Argentina, following qualifier Nadia Podoroska’s shock win over another third seed, Elina Svitolina in the women’s quarter-finals, as he too reached his first grand slam semi-final.

Schwartzman, a good friend of Thiem’s, said: “Dominic is one of the best players right now in the world.

“He won the last grand slam, he is a two-time finalist here, and I have a lot of respect for him.

“That’s why this match is very important for me. I played a few five-setters here and I never won. I think at the end this night I deserved to win.”

After two gruelling sets were shared the third, which featured eight breaks of serve, felt pivotal.

Schwartzman squandered a set point on the Thiem serve with a forehand which floated long, was promptly broken in the next, but then hit back to take it to a tiebreak.

An outrageous drop shot from the baseline which flopped almost apologetically over the net brought up two set points for Thiem.

Battling Schwartzman saved both, but Thiem dispatched a third with an overhead to take the lead for the first time.

In the women’s draw, Argentine Nadia Podoroska has caused one of the great French Open sensations by downing Ukrainian third seed Elina Svitolina 6-2 6-4 to become the first qualifier ever to reach the women’s semi-finals.

Podoroska, the world No.131, making only her second appearance in the main draw of a grand slam, emulates the 23-year-old achievement of Belgium’s Filip Dewulf as the only qualifier in either of the singles draws since tennis turned professional in 1968 to make it to the last four at Roland Garros.

“It’s a little bit difficult for me to speak after the match, thank you everybody for your support, I’m very, very happy,” Podoroska said on Court Philippe Chatrier after her “dream run” continued.

“We did a very good job with my coaches during quarantine. That’s why I’m here today.”

Svitolina was one of the pre-tournament favourites after winning the Strasbourg International last month but found herself on the back foot throughout before failing at the last-eight stage for the third time in Paris.

Argentina’s former world number three Gabriela Sabatini tweeted her congratulations to Podoroska, who added: “I have been in contact with Gaby.

“She’s always supporting us, all the Argentinian sports. She’s a very nice person. I’m happy that she’s always with us.”

Podoroska, a 23-year-old native of Rosario with Ukrainian ancestry, will next face Polish teenager Iga Swiatek who recovered from a nervy start to outclass Italian qualifier Martina Trevisan to reach the last-four.

Swiatek, the world No.54, produced another dominant display, winning six of 11 break points, to become the first Polish woman to reach the French Open semis since Jadwiga Jedrzejowska was runner-up in 1939.

In a delayed fourth-round match, world No.57 Danielle Collins set up an all-American quarter-final with Sofia Kenin after a 6-4 4-6 6-4 victory over 30th seed Ons Jabeur.

Yet Schwartzman forged ahead in the fourth and had three set points on his own serve, only for Thiem to save the lot – including one with a scarcely believable forehand pass on the run – to take it to 5-5.

However, Schwartzman took the subsequent tiebreak and, amid a seemingly superhuman effort from both players, the 28-year-old from Buenos Aires had most in the tank in the decider.