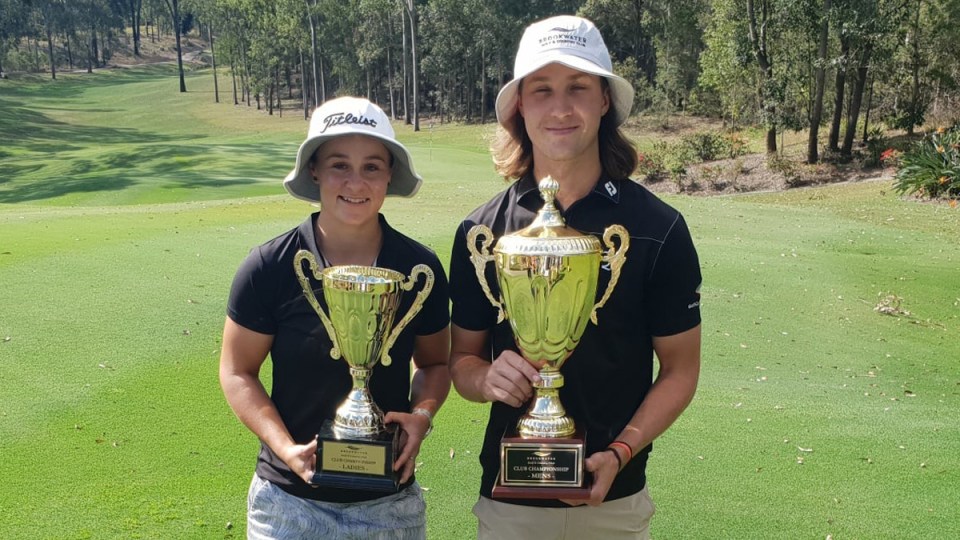 COVID-19 might have cruelled her French Open hopes, but it has done wonders for Ash Barty’s golf game.

Not content with being queen of the tennis court and former cricket pro, Barty is now also officially the Brookwater Golf Club women’s champion.

With a swing that’s even had Tiger Woods gushing, the sporting super talent claimed the trophy with a commanding seven and five triumph in the match play final.

Barty qualified as top seed for the last eight of the match play component with rounds of 77 and 80 on the par-72 course, and also won her semi-final with five holes to play.

Barty’s latest success story – she also played for Brisbane Heat in the Women’s Big Bash League before her return to tennis in 2016 – comes a week before the 24-year-old was due to defend her grand slam crown in Paris.

But the Queenslander opted out of Roland Garros, as well as this month’s US Open, citing ongoing coronavirus concerns.

The world No.1 can’t be accused for laying idle during the pandemic, with Barty slashing her handicap from 10 to four while enjoying rounds with two-time men’s champion Pat Rafter and her boyfriend Garry Kissick.

Kissick is a PGA trainee professional at Brookwater and met Barty when she popped into the pro shop before a round four years ago.

Golf is in Barty’s blood, with her father Robert once representing Australia as an amateur.

Barty’s form even captured Woods’ attention before the 2019 Presidents Cup in Melbourne.

“She’s got a great swing, are you kidding me?” the 15-time major winner said after watching Barty show off her skills on the banks of the Yarra River.

She struck a wedge to a small makeshift green on the water.