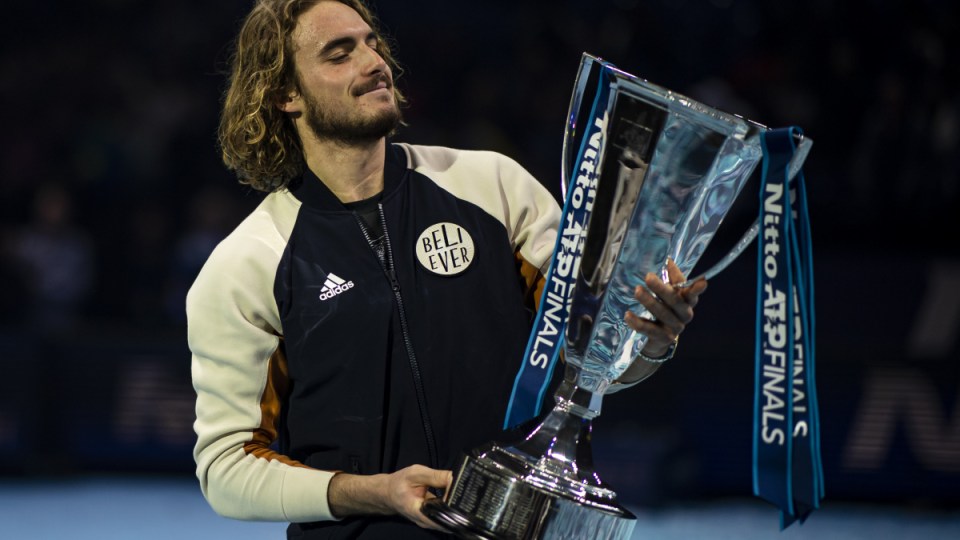 Rafael Nadal will end the year as the world’s top-ranked player and the “big three” retained their stranglehold on the Grand Slam titles, but when Stefanos Tsitsipas was crowned ATP Finals champion it felt like a watershed moment.

“I believe I’m really close on being crowned a Grand Slam champion. I know these are strong words that I say, but I do feel like I belong to be there,” the 21-year-old Greek boldly claimed after beating Austria’s Dominic Thiem.

There have been false dawns before of course. Germany’s Alexander Zverev, like Tsitsipas, was also 21 last year when he beat Novak Djokovic to win the season-ender in London.

Zverev could not back it up in this year’s grand slam events, two of which were won by the 33-year-old Nadal and two by the 32-year-old Djokovic.

They have 19 and 16 majors each while Roger Federer, at 38, will still believe he can add to the record 20 he has accumulated during his extraordinary career.

But for the first time, that golden trio will be having an anxious glance over their shoulders.

Thiem, 26, got the ball rolling when he beat Federer on the opening day of the ATP’s exclusive year-ender.

The following day Germany’s Zverev beat Nadal for the first time in his career and Tsitsipas marked his tournament debut by beating 23-year-old Russian Daniil Medvedev, who reached this year’s US Open final.

Thiem then beat Djokovic and Tsitsipas silenced the Federer fan club to eclipse the six-time champion in straight sets to reach the final.

With Nadal and Djokovic bumped out in the group, the Swiss maestro’s semi-final defeat meant it was only the third time since 2002 that at least one of that trio had not reached the decider.

That may have disappointed some, but the quality and intensity of Sunday’s final in which Tsitsipas beat Thiem 6-7 (6-8) 6-2 7-6 (7-4) to become the youngest champion at the season-ending tournament since 20-year-old Australian Lleyton Hewitt in 2001, had the O2 Arena audience enthralled.

“I remember myself watching this event on TV and thinking, ‘Oh, these guys have done an insane year to be playing here,”‘ the 21-year-old Tsitsipas said.

And now I’m in the position to be champion, so it feels awesome.”

It’s been quite a journey for Tsitsipas, who first met Thiem at London’s O2 in 2016 when he was the world’s top-ranked junior and was invited to be a hitting partner for the ATP Finals participants.

“That is unbelievable,” Tsitsipas said when reminded of that day.

“I just remembered (that), first time I met Dominic was I came here as a sparring partner. I think my first hit was with Dominic.

“It’s unbelievable, isn’t it? We are now facing each other in the final.”

It was quite a final, too.

The win caps a breakthrough season for Tsitsipas, who reached the semi-finals of the Australian Open, won two ATP titles and became the first Greek man to break into the top 10.

Tsitsipas has already grown quite the fan base with his legion of Greek supporters in London making it feel like a home-away-from-home.

“He’s great for tennis, because he has a very attractive game style, one-handed backhand, comes in a lot,” Thiem said.

It is the fourth year in a row that there is a first-time ATL Finals champion at the, after wins by Andy Murray in 2016, Gregor Dimitrov in 2017 and Alexander Zverev last year.