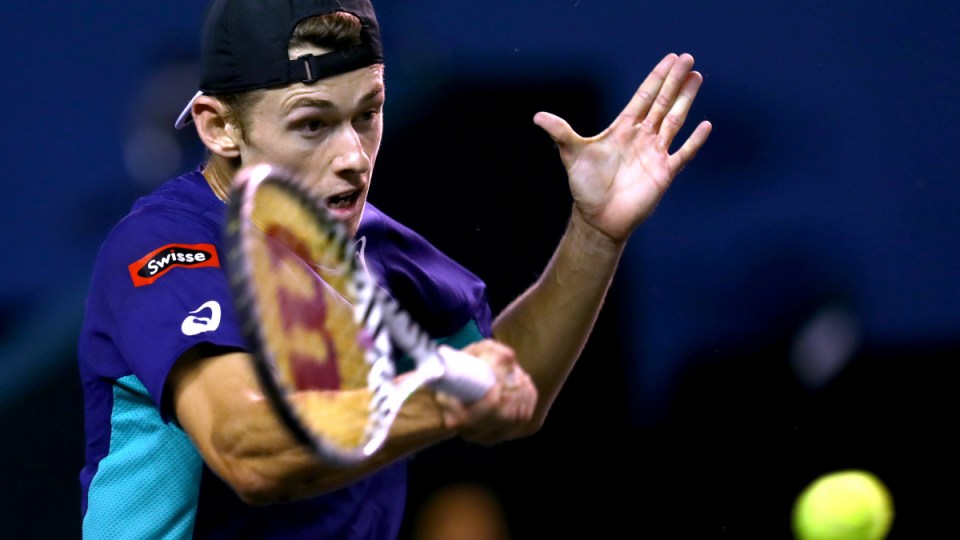 Australia's Alex de Minaur is into the third round of the Paris Masters after beating Roberto Bautista Agut. Photo: Getty

Australian No.1 Alex de Minaur has continued his fine run at the Paris Masters as he upset ninth-seeded Roberto Bautista Agut to progress to the third round.

De Minaur is currently placed a career-high No.18 in the world and has now won 11 of his past 14 matches.

But he faces a tough task against Greek world No.7 Tsitsipas, who earlier produced a confident display to dispatch American Taylor Fritz 7-6 (7-3) 6-3 in 73 minutes, serving 13 aces and facing no break points.

Finishing with a flourish. 💯

The top-ranked Serb lost his serve to trail 4-3 and then needed to save two set points in order to hold the ninth game at 5-3 down.

The 16-time grand slam winner broke back for 5-5 against his 20-year-old opponent, who entered the main draw as a lucky loser and has never won a title, while Djokovic has 76 in his stellar career.

Djokovic, who lost last year’s final and last won here four years ago, dropped serve again as Moutet broke back to 4-2 in the second set.

But he was untroubled following that, and clinched the victory with a forehand winner down the line on his first match point.

Djokovic will next play British No.3 Kyle Edmund, who continued his upturn in form with a straight-sets win over Diego Schwartzman 7-5 6-3.

Two-time French Open runner-up Dominic Thiem, meanwhile, had a much tougher time on court against Canada’s Milos Raonic before triumphing in a 7-6 (7-5) 5-7 6-4 victory to extend his winning streak to six matches.

Zverev is aiming to secure his place at the ATP Finals in London from November 10, where he is the defending champion. Tsitsipas and Thiem have already qualified.

The 26-year-old Thiem recovered from a 3-1 deficit in the first-set tiebreak by winning six consecutive points to take the lead.

Raonic broke serve late in the second to level but a series of forehand errors cost him a match-ending break in the third set, allowing Thiem to claim the win after two hours, 38 minutes.