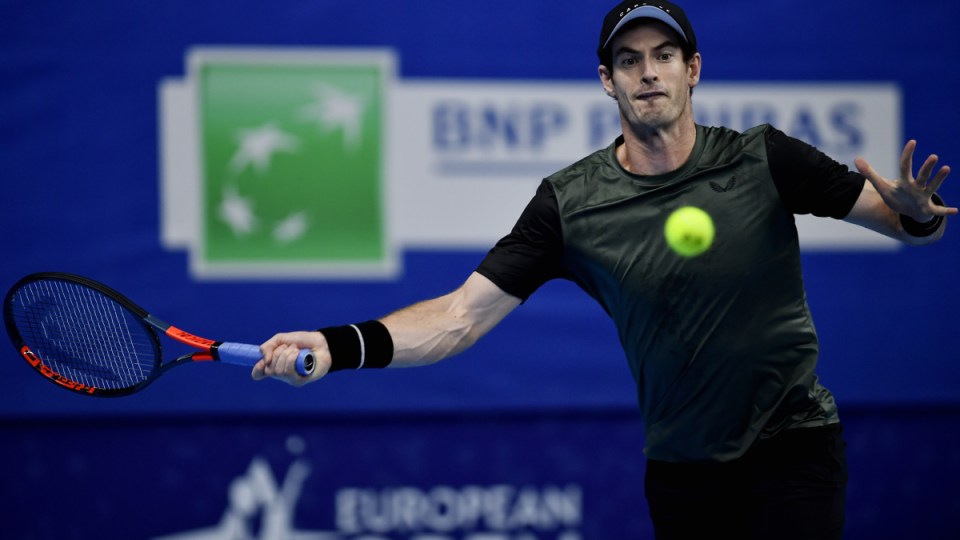 Nine months after his tears at Melbourne Park, Andy Murray appears back in the comeback trail.

An emotional Murray declared himself a lot more optimistic about his future in tennis after winning his first ATP Tour singles title for more than two-and-a-half years.

Murray defeated Stan Wawrinka 3-6 6-4 6-4 in the final of the European Open in Antwerp only nine months after admitting at the Australian Open that right hip problems could end his career.

Instead, he underwent hip resurfacing surgery at the end of January and the operation has been such a success that he is now competing with and beating some of the best players in the world.

Murray returned to the singles court in August, winning his first match last month in China, and the pace of his improvement has taken everyone by surprise, not least the man himself.

“I need to now start talking more about my future and I am certainly a lot more optimistic now,” he said in quotes reported by The Telegraph.

The last Murray lifted silverware in singles was in Dubai in March 2017, so it was understandable that the tears quickly flowed once Wawrinka’s final shot had flown well out of court.

This is one of the biggest wins that I’ve had after everything so I’m very proud.”

It was fitting that these two men should be facing each other given it was their gruelling French Open semi-final two years ago that exacerbated physical issues for both.

Wawrinka underwent two knee operations and feared that he too might not make it back.

The 34-year-old is further down the comeback trail than Murray, but it is only this season that he has really returned to something like his old form, with his ranking dropping outside 200 last summer.

The 32-year-old Scot is now expected to take a break until the Davis Cup finals next month while he waits for the birth of his third child.

“I’ll have three kids under four years old. I need to get on the road so we don’t get out of control,” Murray joked.

“I’m excited for the third kid. My wife’s been a huge support for getting me back on the court and making me fight to keep playing.”