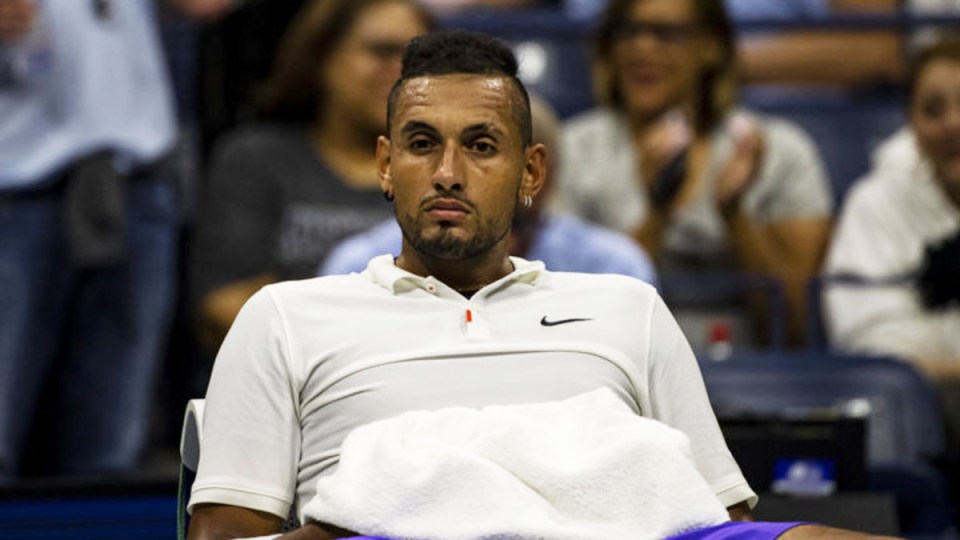 Kyrgios is currently the subject of two separate investigations after dubbing the ATP “pretty corrupt” during the US Open and for his extraordinary meltdown in Cincinnati in which the Australian hot-head branded Irish umpire Fergus Murphy a “potato” and a “f***ing tool”.

While he subsequently issued a half-hearted apology and toned down his accusations, claiming the ATP was guilty of “double standards” when handing down punishments, rather than being corrupt, Kyrgios still faces potential bans of up to 12 months for each offence.

“It’s an interesting one. I don’t understand why it hasn’t happened,” Rafter said on Monday when asked if the Australian No.1 should be suspended.

“But there’s obviously something else going on behind the scenes (that) I don’t know.

“On paper, it looks like he should be suspended to me.”

Rafter, who cited his difficulty in dealing with Kyrgios and Bernard Tomic as one of the chief reasons for quitting as Davis Cup captain after the 2015 Australian Open, said the conundrum for tennis’s decision makers was that Kyrgios was an undoubted box-office attraction for the sport.

“He draws a crowd, but at what stage do you say is the crowd more important or are you trying uphold a certain protocol and a standard for the players to adhere to,” said the former world No.1.

The ATP is offering no time frame on when it will announce its findings of the two Kyrgios investigations.

There have been mutterings in tennis circles that only a ban excluding Kyrgios from the Australian summer – including the Australian Open and the inaugural ATP Cup in January – will have any meaningful effect on the 24-year-old.

Before leaving New York after his third-round US Open exit, Kyrgios sarcastically said “I got the very important Asia swing. Don’t want to miss that.”

When asked what officials should do with him, he said: “Yeah, I guess I’m a pretty boring player. I don’t bring much to the sport, so …”.

The American was in Sydney on Monday for the ATP Cup draw and it’s understood he will begin considering the cases when he returns to Florida on Tuesday and weighs up all the evidence – both for and against Kyrgios.

Rafter said only Kyrgios knew what Kyrgios needed or whether or not he needed tennis more than tennis needed him.

“In some ways, I wish to be able to answer that question, not because I want to know more but because hopefully the decision’s going to be the right thing for him,” Rafter said.

“But I don’t know. Does Nick know? That’s the question.”