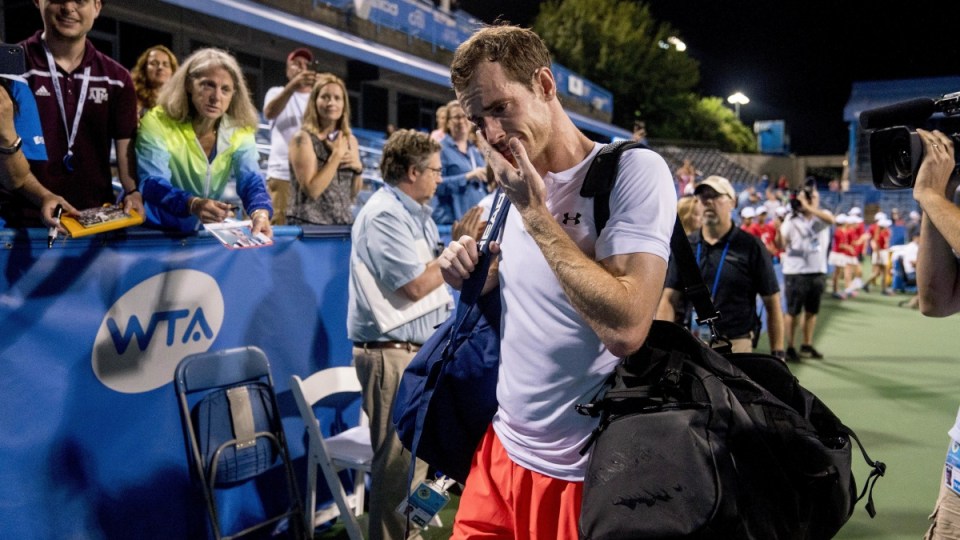 Andy Murray broke down after a gruelling 3 am finish at the ATP Washington Open on Friday. Photo: AAP

British tennis ace Andy Murray has pulled out of the ATP Washington Open after a gruelling 3am victory that left him sobbing on the court.

Murray, who returned from injury in June after an 11-month absence, blamed the midnight start and a succession of tough matches for his decision to throw in the towel.

Following the 6-7 (5), 6-3, 7-6 (4) victory against Copil, Murray spent several minutes sobbing into a towel before announcing that he was withdrawing from the competition.

The 31-year-old Scotsman also announced he would not be taking part in next week’s ATP Toronto Masters as scheduled.

“I’ve had a few long matches. Finishing matches at three in the morning isn’t good for anyone involved in the event, players, TV, fans, anyone,” he said.

“When you’re expected to come back and perform the next day, I think that’s unreasonable.

“… I need to be smart with my rest and recovery as I come back from injury,” Murray said.

Watch Andy Murray’ break down after 3 am finish

“That is what it’s all about, right here,” Courier said.

While Murray’s response attracted a degree of ridicule, it also garnered a great deal of admiration on social media.

@Andy Murray, Congratulation for showing us that champions like patients, executives and objective reviewers cried to be healthy, happy and more.  Crying is in our DNA according to a magazine written by a physiatrist.   https://t.co/qk9drGPsxO

Also on Friday, defending champion Alexander Zverev advanced to the semi-finals after a 3-6 6-1 6-4 victory over No. 7 seed Kei Nishikori.  Zverev will face Stefanos Tsitsipas of Greece on Saturday.