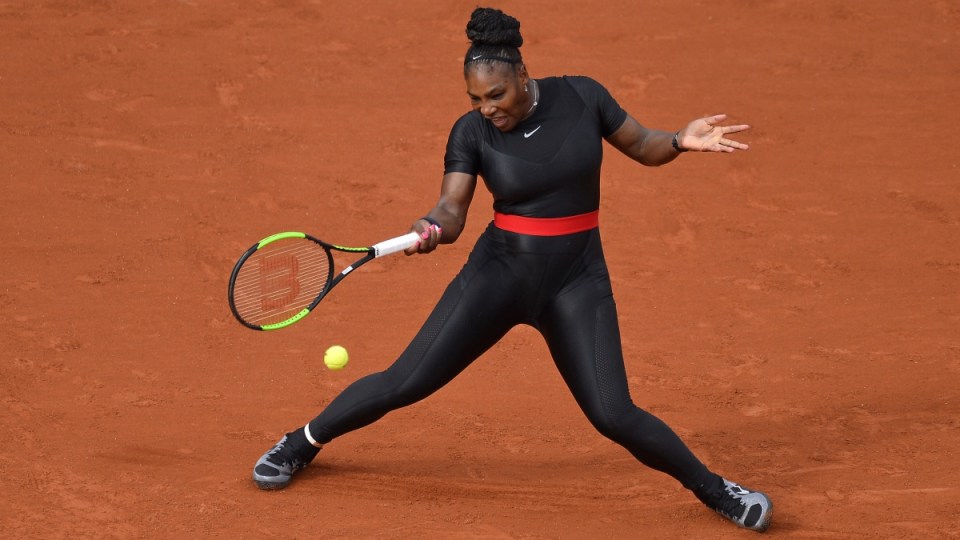 Wearing a “catsuit” that made her feel like a “superhero”, tennis legend Serena Williams has dedicated her latest win to mothers who endured tough pregnancies.

Speaking after a 7-6 (7-4) 6-4 victory over Kristyna Pliskova at the French Open on Tuesday (local time), her first match at grand slam level since giving birth, Williams opened up on her attention-grabbing outfit.

“I call it like my Wakanda-inspired catsuit. It’s really fun,” Williams said.

“I’m always living in a fantasy world. I always wanted to be a superhero, and it’s kind of my way of being a superhero. I feel like a superhero when I wear it.

Williams, who has won 23 grand slam singles titles, then expanded on the message her win sent.

“All the mums out there that had a tough pregnancy and have to come back and try to be fierce, in a middle of everything. That’s what this represents,” she said.

“First and foremost, you have to get your core back [after pregnancy], which is hard, because it literally spreads when you have a baby.

“That’s difficult. And just coming back from the physical of having a baby, at my age is never, I think, really easy.

“Without trying, I have just been speaking out about it, and so many women can relate.

“And now they feel to speak out about it. And then we can open up the community and talk about it more and help each other out, because it’s something we should talk about.

Williams described her outfit as functional, too, given the issues she has had with blood clots.

The 36-year-old revealed in February that she almost died due to a “slew of health complications” that giving birth produced.

“I had a lot of problems with my blood clots, and, God, I don’t know how many I have had in the past 12 months,” she added.

“So it is definitely a little functionality to it. I have been wearing pants in general a lot when I play so I can keep, you know, the blood circulation going.

“It’s a fun suit, but it’s also functional so I can be able to play without any problems.”

Williams is unseeded at the French Open and faces Aussie Ash Barty in the second round.

Barty, seeded 17th, thrashed Natalia Vikhlyantseva 6-3 6-1 in her first-round clash to be one of just three Aussies remaining in the singles draw.