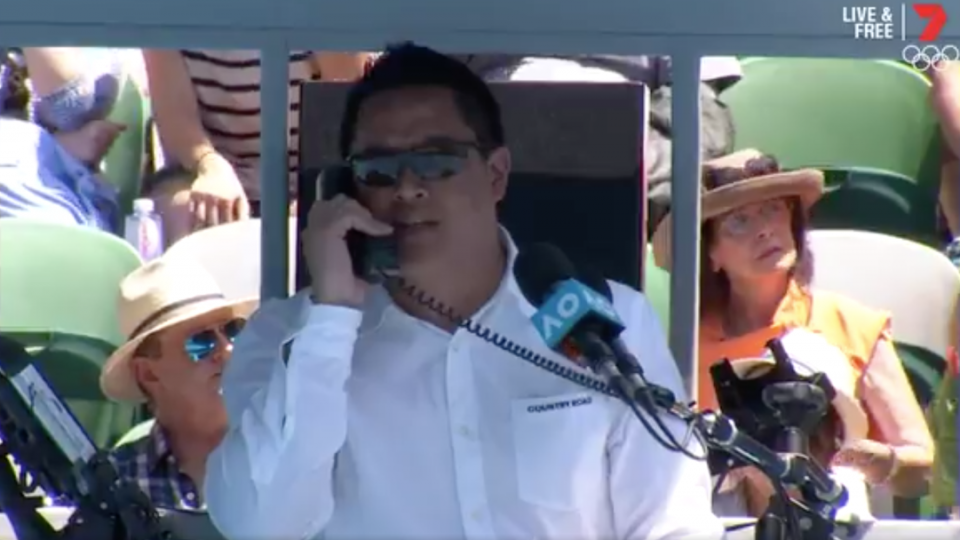 Australian Open spectators were left shaken and bemused with little explanation after an evacuation siren accidentally sounded inside the Rod Laver Arena on Wednesday.

“Everyone is stunned, they don’t quite know where to go,” former professional Australian tennis player John Fitzgerald said in Channel 7’s TV commentary during the false alarm.

Another commentator said: “Well, that’s one way to start a match”.

The New Daily editorial director Bruce Guthrie was in the Rod Laver Arena when the evacuation alarm went off, just as Tennys Sandgren stepped out on centre court to prepare for his first serve of the quarterfinal contest against Hyeon Chung.

“The Rod Laver crowd have just been ordered to evacuate,” he said.

The chair umpire promptly made a phone call and received the all-clear minutes later.

He told the players to “wait a minute” before delivering the news of a false alarm over the microphone.

“Sandgren shook his head in disbelief when the evacuation message first sounded,” said Mr Guthrie, reporting from the scene.

“People sat around for five minutes not knowing what to do. There was a mix of gallows humour and tension in the crowd as we waited for confirmation one way or the other.

“There were many jokes about Hawaii but others stood up to go.”

Well that was one way to start the game 😝#ausopen #7Tennis pic.twitter.com/LALMMrGj8k

When asked by The New Daily about the incident during his post-match press conference, Sandgren said the alarm did not affect his preparation for the clash.

“I wasn’t sure what was going on,” Sandgren admitted.

“I’m glad that it was just a false alarm and there was nothing serious and we could get right back into the tennis. But it was interesting.”

Evacuation alarm on Rod Laver Arena just as Chung vs Sandgren was about to start. Confusion. Umpire James Keothavong: "We're just finding out from internal office what that message meant." #AusOpen

A Tennis Australia spokeswoman told The New Daily Australian Open organisers were “still investigating” what caused the alarm to be set off.

Chung races into the semis

The victory has granted 21-year-old Chung the honour of being the first Korean tennis player in history to reach the semifinals of a Grand Slam.