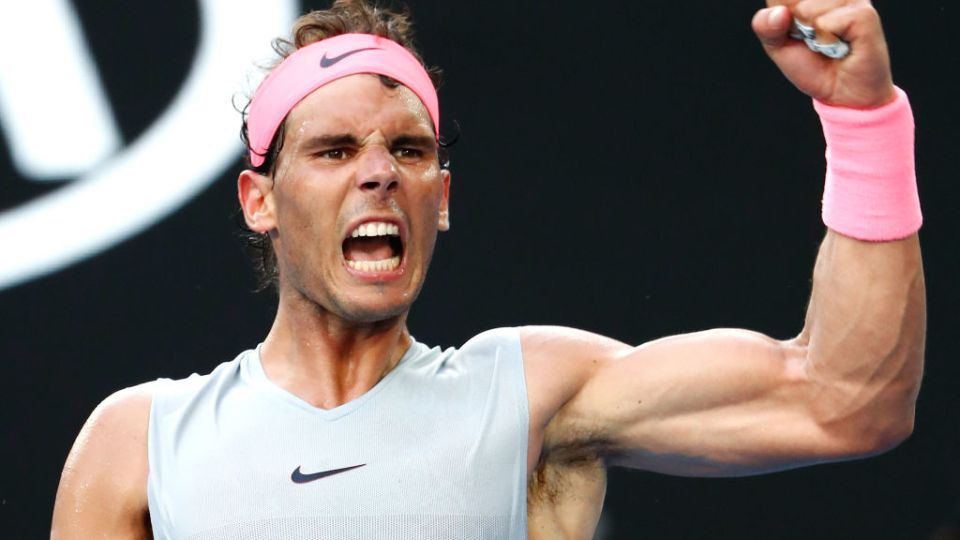 Rafael Nadal had to work hard for his four-set win over Argentina's Diego Schwartzman. Photo: Getty

Nadal dropped his first set of the tournament before regrouping to progress after three hours and 51 minutes.

After a charmed run of 15 consecutive grand slam matches against players ranked outside the world’s top 25, Cilic – runner-up to Roger Federer at Wimbledon last year – will be Nadal’s first top-10 challenge at the majors since he beat Stan Wawrinka in the 2017 French Open final.

He will at least be well prepared.

Schwartzman made the top seed work for every point he won on Sunday.

“He’s a great player in all aspects and I feel that for a lot of moments he was serving well this afternoon.

“That is something he is normally not so comfortable with.”

After being restricted to one match in three months before the Open, Nadal said he was finally feeling confident in his knees again and ready to make another serious push for a second title.

“It’s the first big match of 2018. I started later than usual … so one match like this probably helps,” said the the 2009 Open champion and three-time runner-up.

Cilic earlier racked up his 100th win at a slam with a comeback victory over Carreno Busta.

“It’s beautiful to hear that,” Cilic said after blasting 20 aces and 73 winners past the Spaniard.

“I had my 300th win of my career at the US Open in 2014, so this is also a beautiful one and I hope I’m going to continue and get the three more here.”

Edmund is the first British man other than five-time Open runner-up Andy Murray to make the Australian Open quarter-finals in more than three decades after defeating Italian Andreas Seppi 6-7 (4-7) 7-5 6-2 6-3 at Hisense Arena.