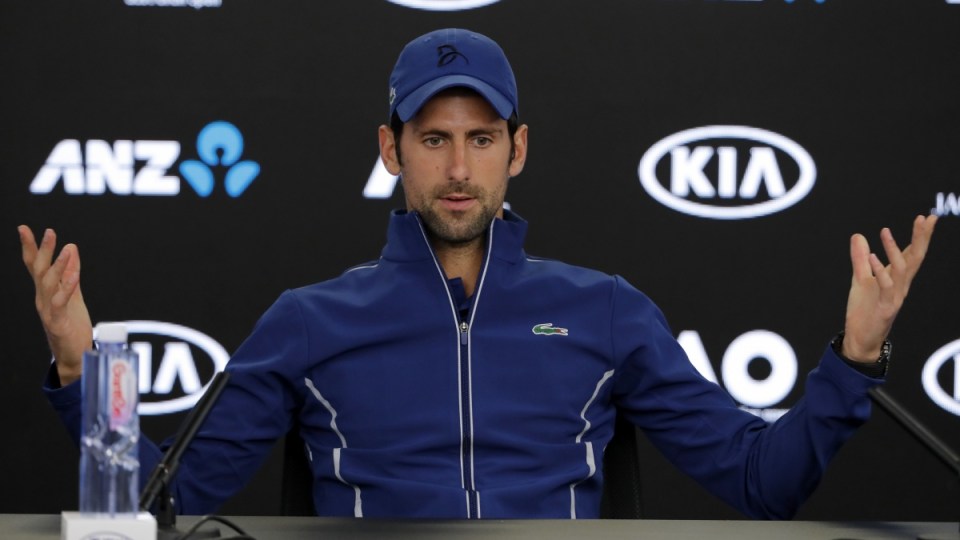 President of the ATP Tour player council, Djokovic is pushing for a higher percentage of the financial windfalls generated at the sport’s four biggest annual events.

While Tennis Australia has so far opted not to comment, players currently receive a reported seven per cent of the cash cows that have become the Australian, French and US Opens and Wimbledon, which are run by the International Tennis Federation and the national bodies of each host country – not the ATP.

Djokovic stunned officials, including Australian Open director Craig Tiley, by asking all-non players to leave the room during the annual players’ meeting in Melbourne last week, before urging players to form their own union to push for more money.

The 12-time grand slam champion’s rally cry comes despite Tiley’s pledge to increase Australian Open prize money from $55 million to $100 million over the next five years.

Asked ahead of his looming second-round Open clash with Australian Nick Kyrgios if he had an opinion on the matter, Troicki said: “I do. I do.

“I have an opinion but I think what happens inside the union with the players should stay inside, and we’ll see.”

Troicki wasn’t able to attend last Friday’s players’ meeting because he was contesting the Sydney International.

“But I was informed about it, knew about it even before because I talk to Novak a lot about it,” he said.

“If you look at the percentages, what we get from all the income from the grand slams, I think it’s just ridiculous.

“Even though they say they’re raising the money all the time – they are – but they’re earning much more than they did (in the) last (few) years and that’s a bit of a problem, I think”.

The issue is sure to cause division, with defending Australian Open champion Roger Federer – the sport’s biggest star – said to be in favour of the status quo, comfortable players are receiving enough.

Djokovic is due to launch his bid for a record seventh men’s Open title later on Tuesday against American Donald Young.

Australian Open 2018: Novak Djokovic backed by other players in calls for more money