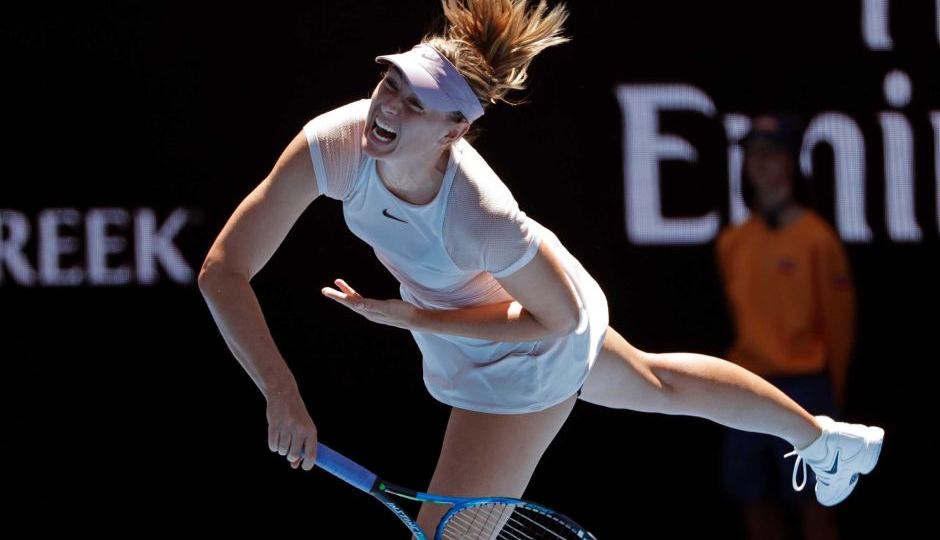 Maria Sharapova has had to put the controversy surrounding her 15-month suspension behind her in Melbourne. Photo: AP

Maria Sharapova has defeated German Tatjana Maria to move into the Australian Open second round.

The 2008 Open champion won 6-1, 6-4 as she tries to resurrect her career after serving a 15-month suspension for using a banned substance.

Sharapova served the suspension for taking controversial medication meldonium during the 2016 Australian Open.

The controversy around the suspension saw criticisms levelled at Australian Open organisers and broadcaster Channel Seven after Sharapova was given the red-carpet treatment at the tournament draw.

But Sharapova put that behind her with a clinical performance to get her campaign underway, belting 22 winners to Maria’s seven in a straight-sets win.

The 2016 champion pounced on Friedsam’s shaky service game, breaking six times on her way to a 6-0, 6-4 victory on Hisense Arena.

The 29-year-old German will meet the winner of Donna Vekic and Nao Hibino in the second round as she seeks her third grand slam title.

British tennis star Johanna Konta has advanced to the second round of the Australian Open, breezing to a straight-sets win over Madison Brengle.

After nine of 10 American female players bowed out on day one — including Sloane Stephens, Venus Williams and CoCo Vandeweghe — Brengle could not stem the US outflow as she succumbed 6-3, 6-1 to the British ninth seed.

Konta served just the one ace but enjoyed a 75 per cent win rate on her highly accurate first service in a match where she clobbered 20 winners to Brengle’s solitary effort.

Pliskova won out 6-3, 6-4 despite some trouble with her first serve, but still reeled off 28 winners.

There was some success for the Americans as Bernarda Pera beat Russian qualifier Anna Blinkova 6-2, 6-2, while Spain’s Lara Arruabarrena eased past the Netherlands’ Richel Hogenkamp 6-1, 6-2 in under an hour.