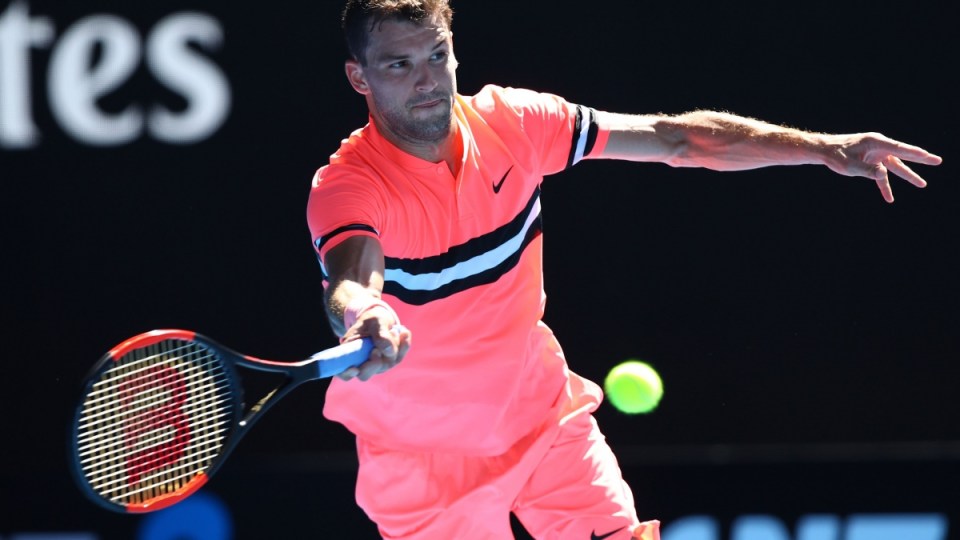 They’ve been compared to highlighters, salmon and liquorice all-sorts, but some of the top names in men’s tennis seem to be sticking to their all-pink Nike outfits at this year’s Australian Open.

The sportswear company has kitted out its big-name male representatives, like Rafael Nadal, Grigor Dimitrov and Nick Kyrgios, in head-to-toe pink in what it claims is an attempt to revive “confident” 1990s style – and to intimidate.

Yes, you read that correctly.

While the bold outfits have drawn a mixed response from viewers watching at home who have complained they’re being blinded by the onslaught of fuschia, Nike says that’s kind of the point.

“We worked closely with the colour team on finding the best shades for the most impactful read off the incredible blue courts,” Sam Shipley, Apparel Design Director for NikeCourt, said in a statement on the brand’s website.

Shipley said the goal of the pink was to grab the focus of overseas viewers who might miss the main broadcast and are forced to catch up through “bite-sized” social media posts.

“We utilised dynamic geometric shape and flooded colour to grab the viewer’s attention,” he explained.

“We wanted something that vibrates when you see it on screen.”

What’s more, the effect is designed to extend to the players’ opponents, with the pink parade acting as a power play of sorts.

“We talked a lot about driving energy through confidence in pink,” Shipley said.

“We thought, ‘if this design was in all pink, would it still be aggressive?’ We’re holding ourselves to that test!”

Lots of pink at this year's #AusOpen! #Nike pic.twitter.com/0lBqEYFt4Z

Attendees at the Melbourne tournament have been scathing about the use of the striking shade, calling the outfits “hideous” and “awful”.

But a select few are big fans of the attention-grabbing look, with some suggesting it’s a move towards gender equality in tennis and beyond.

“The Nike men’s pink kit this year – intentional or not, a great way to show that colours aren’t gender specific,” wrote one Twitter user.

I just can't even with what @Nike is making their players wear during the @AustralianOpen. They've outdone themselves with awful. pic.twitter.com/85e9cjW6Xp

@Nike, what’s up with the hideous men’s outfits at the Australian Open??? pic.twitter.com/900oY8w2pR

But Nike is by no means the pioneer of the pink trend.

“It seems to be a continuation of the Rose Schwartz Pantone colour from 2017, with a bit of an 80s/90s vibe thrown in,” Clements said.

“Pink is a wonderful colour on men and has a very current, non-gender specific feel to it at the moment.

“It feels really modern and Nike is right, it looks gorgeous against blue.”

As for the ’90s vibe Nike was seeking to emulate, further investigation reveals Nadal and co are merely following in the footsteps of other fuschia fans like Andre Agassi, Pat Rafter, Pete Sampras and Stefan Edberg.