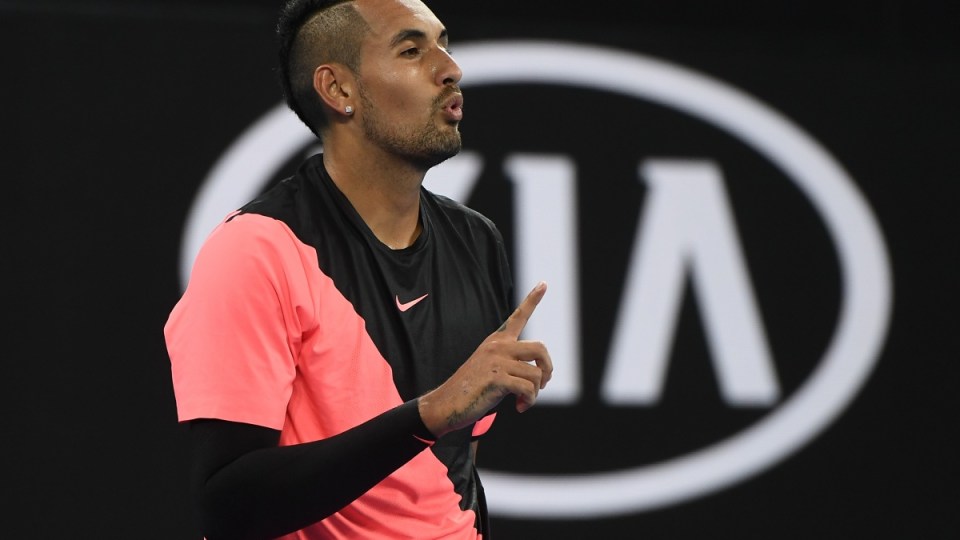 As Australia’s top-ranked player and the men’s 17th seed, Kyrgios’ first big test is likely to come against French 15th seed and former finalist Jo-Wilfried Tsonga in the third round.

Kyrgios, a quarter-finalist in 2014, could strike Bulgarian world No.3 Grigor Dimitrov, who won the 2017 season-ending championship, in the fourth round.

Six-time champion Novak Djokovic, seeded a lowly 14th after six months out of tennis with an elbow injury, has landed in the quarter of world No.4 Alexander Zverev and will open against Donald Young.

The Serbian superstar could run into seeded Frenchman Gael Monfils in the second round.

Australian women’s No.1 Ashleigh Barty, the 18th seed, faces Belarusian Aryna Sabalenka, while 23rd seed Daria Gavrilova opens against a qualifier in her bid to reach the second week for a third straight year.

Teenage wildcard Destanee Aiava, who on Thursday admitted she needs a break from tennis after the Open, will get no respite at Melbourne Park after drawing Romanian world No.1 Simona Halep in the first round.

Australia is guaranteed at least one woman in the second round after wildcards Jaimie Fourlis and Olivia Rogowska were pitted against each other first up.

Former champion and four-time finalist Maria Sharapova – the most-dangerous floater in the draw as the world No.47 in her comeback from a doping ban that ruled her out of last year’s Open – plays German Tatjana Maria.

Australian Open: Nick Kyrgios to play world No.100 in opener