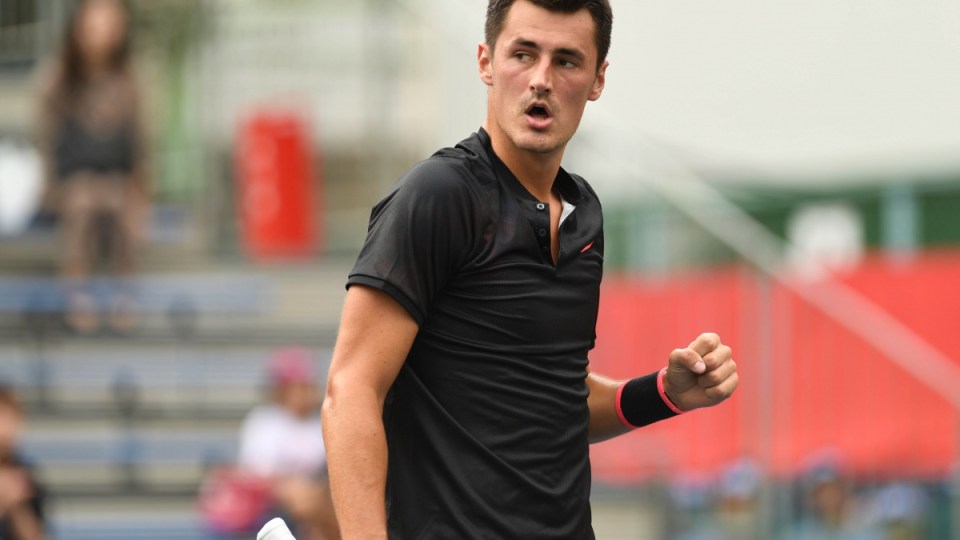 Bernard Tomic has no qualms about taking on three do-or-die qualifiers to reach the Australian Open proper. Photo: Getty

Bernard Tomic wants no favours from Tennis Australia and plans on earning his own way into his home grand slam in Melbourne.

All eyes will be on Tomic when the former junior prodigy is among 13 locals trying to force their way into the Australian Open men’s main draw when qualifying begins today.

Overlooked for — but never wanting — a wildcard from Tennis Australia, Tomic must win three sudden-death matches to secure his Open entry for a 10th straight year.

The world number 142 said that is fine.

“I’m not going to say anything [about not getting a wildcard],” Tomic said after finally surfacing for his first appearance of the summer with a 6-3, 6-3 fast-format loss to Japan’s world number 169 Yoshihito Nishioka at the Kooyong Classic yesterday.

The one-time world number 17 and his family have long had a strained relationship with the governing body, even more so when the 25-year-old’s father and coach John is calling the shots.

Tomic famously called out TA boss and Australian Open tournament director Craig Tiley and then-TA head of performance Pat Rafter at Wimbledon three years ago for asking him to pay for balls and court hire in the lead-up to the Brisbane International.

The Queenslander was Australian number one at the time, the country’s marquee player at his home tournament and understandably aghast at TA’s petty request.

Equally, Tiley and Australian Davis Cup captain Lleyton Hewitt are justifiably frustrated at Tomic’s lack of commitment to the national cause.

After boycotting the 2016 Olympics in Rio de Janeiro, citing a scheduling clash as he attempted to defend rankings points from a tournament win elsewhere in South America, Tomic also opted out of the Davis Cup in 2017.

The messy affair has left the exiled star fighting to save his career. But the two-time grand slam junior champion — who won the Australian Open under-18 boys’ crown at 15 in 2008 and then became the youngest player ever to win a match in the men’s main draw the following year — is comfortable with his position.

“The last qualies I played in a slam, I made the quarters so it’s in the back of my mind,” Tomic said of his 2011 run at Wimbledon, where it took eventual champion Novak Djokovic to stop his seven-match winning streak in four tough sets.

“It’s not an issue that I’m playing qualies. I just need more matches and I need to get back to feeling confident on court because I had a 2017 that wasn’t that great.”

Tomic has contested the Australian Open nine times — making the third and fourth round three times each — and was the country’s last man standing in 2017.