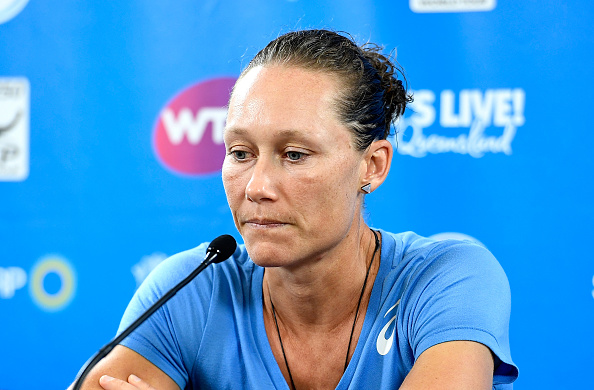 The world No.41 had her opportunities in the first set, but wasn’t given a second chance by the Latvian in a one-sided affair on Pat Rafter Arena.

Stosur will play the Sydney International before attempting to progress beyond the fourth round for the first time at the Australian Open.

Meanwhile, injury-plagued rising star Thanasi Kokkinakis has made a successful return to the court to help power Australia to victory over Canada in their Hopman Cup tie in Perth.

Daria Gavrilova gave Australia the perfect start on Sunday with a 6-1, 6-4 demolition of former world number five Eugenie Bouchard in 78 minutes before Kokkinakis secured the tie win with a 6-4, 3-6, 6-3 victory over world number 108 Vasek Pospisil.

Kokkinakis has been dogged by injuries over the past two years, with shoulder, groin, elbow, and abdominal problems threatening to cut short his promising career.

The 21-year-old had not played since losing in the first round of the US Open in August.
But he displayed little rust in his solid win over Pospisil.

Kokkinakis has been doing pilates during the off-season in a bid to strengthen his core and groins.

The world number 209 said it had been shattering to miss the past two Australian Opens.

But he hopes he can enjoy a clean bill of health in 2018.

Stosur out in Brisbane, Kokkinakis back at Hopman