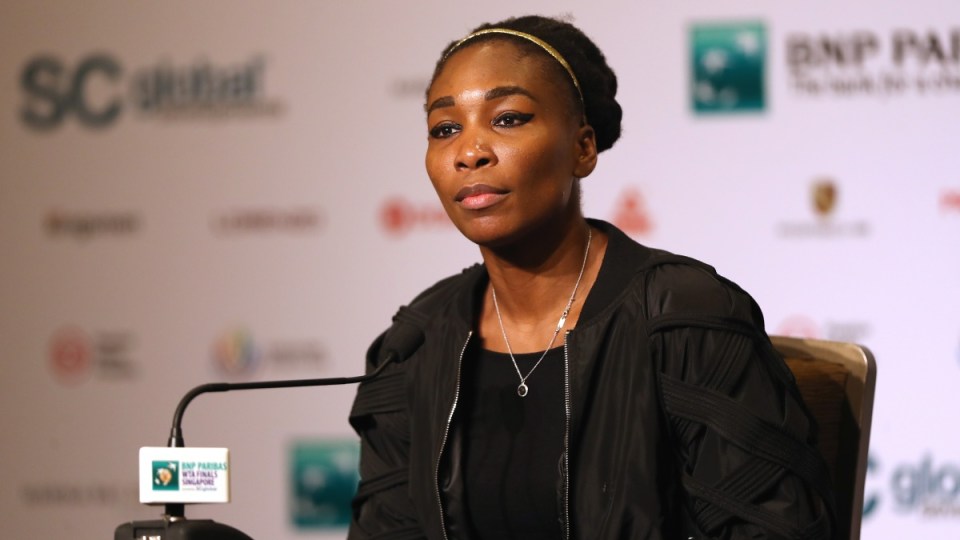 Tennis star Venus Williams will not be charged after her involvement in a deadly car crash. Photo: Getty

Venus Williams will head to the Australian Open with a clear head and a clear conscience after US police confirmed no charges will be filed over a fatal crash involving the tennis star in Florida.

A Palm Beach Gardens police traffic homicide investigation found Williams was not at fault in the death of a 78-year-old man, who crashed into her car in June.

Jerome Barson was a passenger in his wife’s Hyundai Accent when it T-boned Williams’ Toyota Sequoia as she waited at an intersection in Palm Beach Gardens. Barson died 13 days later.

“Based upon this investigation, and relevant Florida state statutes, no charges will be filed in this case,” the report was quoted in local media as saying.

The report concludes both Barson and Williams were not at fault as neither violated the other’s right of way.

It said an “unknown dark-coloured vehicle … started a sequence of events resulting in [Barson] crashing into [Williams]”.

After the incident, Williams told police she had entered the six-lane intersection on a green light but had been forced to stop midpoint by traffic ahead of her.

Williams, 37, explained a dark-coloured car turned left in front of her, trapping her in the intersection when her light turned red.

She said she did not see the Barson’s car when she crossed into their lanes.

“I was caught in the middle. I never saw that car coming,” she told police at the scene.

Barson was admitted to hospital with lacerations to his spleen, pelvis and spinal fractures before developing organ failure.

His family has reportedly filed a wrongful death lawsuit against Williams.