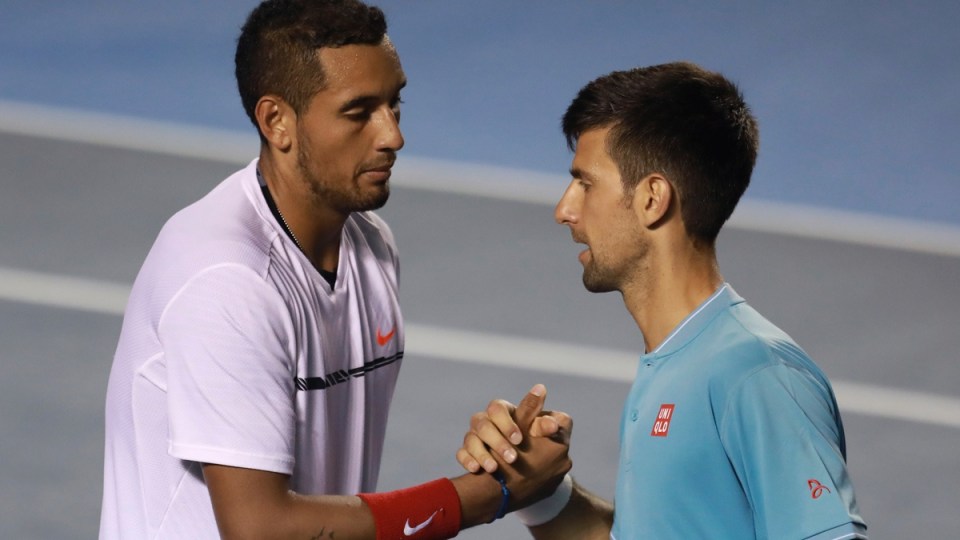 Kyrgios and Djokovic could meet again in the tournament. Photo: Getty

Nick Kyrgios and Novak Djokovic will launch the Australian debut of ‘Tie Break Tens’ in the build-up to January’s Australian Open.

The unique tennis format will see the star duo compete with six others for a $250,000 prize on Wednesday, January 10, at Melbourne’s Margaret Court Arena.

Similar to ‘Fast 4 Tennis’, organisers hope this version of abbreviated tennis will appeal to a younger and time-poor demographic.

Essentially, matches are played according to the rules of conventional tennis, but the winner is the ‘first to 10 points’.

There are no games or sets, just a 10-point tie break, with the speed of matches allowing for an event to be completed in one night.

‘Tie Break Tens’ has previously been played in Europe, and Kyrgios –ranked 21st in the world – said he was excited to play in the event, which will also raise money for his new charity, the NK Foundation, which supports disadvantaged children.

“I can’t wait to get out on court and not only play some exciting tennis, but also raise awareness for the NK Foundation, which I’m incredibly proud of,” he said.

“Tie Break Tens is a great format and really suits my game style.

“I’m looking forward to having some fun with it and I reckon the crowds will really get into it.

“It will be the perfect chance for fans to see some high quality tennis before the big one, the Australian Open, starts.”

“I’m delighted we will be presenting Tie Break Tens on the eve of Australian Open 2018,” he said.

“The format has created a lot of interest and we look forward to seeing some exciting matches.

“It’s fast, it’s flashy and heaps of fun for everyone. These events are a great way to attract new audiences to tennis and Tie Break Tens will definitely whet the fans’ appetite for high-calibre tennis before the Australian Open gets underway.”

Kyrgios will also play in Fast4 this year, to be staged in Sydney on January 8.

Joining him in that event will be Rafael Nadal, Grigor Dimitrov and German young gun Alexander Zverev.

The modified events come as tennis tries to respond to the success of cricket’s Twenty20 format.