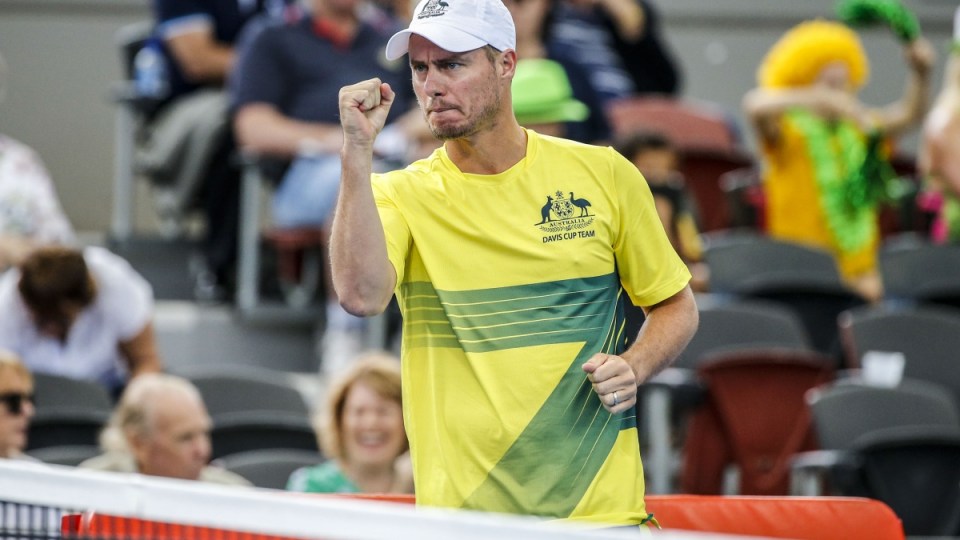 Former world No.1 Lleyton Hewitt is coming out of retirement to play doubles at next month's Australian Open. Photo: AAP

Former world No.1 Lleyton Hewitt has announced he will come out of retirement and double up with Sam Groth at next month’s Australian Open.

Australia’s Davis Cup captain officially retired from tennis after his Open swansong in 2016, but returned to the court twice more last year in Davis Cup and at Wimbledon.

Hewitt, 36, said he is determined to “give it a real crack” at Melbourne Park in January.

“I’m going to really enjoy it. We’ve been hitting a lot of balls, hitting every day, and we’re not just going out there making up the numbers,” he told News Corp.

“It’s going to be a bit of fun. That’s what the Australian Open is about.

“We want to give it a fair crack.”

Hewitt and Groth have been in discussions of a doubles return since Groth revealed this year’s Australian Open would be his last.

“It’s something Lleyton and I have talked about and it’s perfect for me,” Groth said.

“I was there when ‘Rusty’ retired in 2016 and it’s great that he’ll be there with me when I bow out.

“He’s not just someone I know through tennis, he’s a great mate.”

The pair played doubles at the 2016 Australian Open, reaching the round of 16.

Six weeks later, Hewitt came out of retirement again when he replaced Groth in a tense five-set doubles match against the United States’ Bob and Mike Brown in the Davis Cup.

Groth said Hewitt has been hitting the practice court for the Open about a month ago.

“Him and I have actually been hitting balls since I got back to Melbourne, for sort of the last month or so in secret, doing stealth sessions before we came out with the announcement,” he told RSN radio.

“So there’s going to be no doubt he’ll be hitting them well.

“I wanted to go out on a big high, and for me, Lleyton’s a guy who over the last few years I’ve played my biggest matches with, especially in Davis Cup.”

Groth may also play singles at the season’s first grand slam – if he qualifies or receives a wildcard – as well as mixed doubles with Sam Stosur before he retires at the end of the tournament.