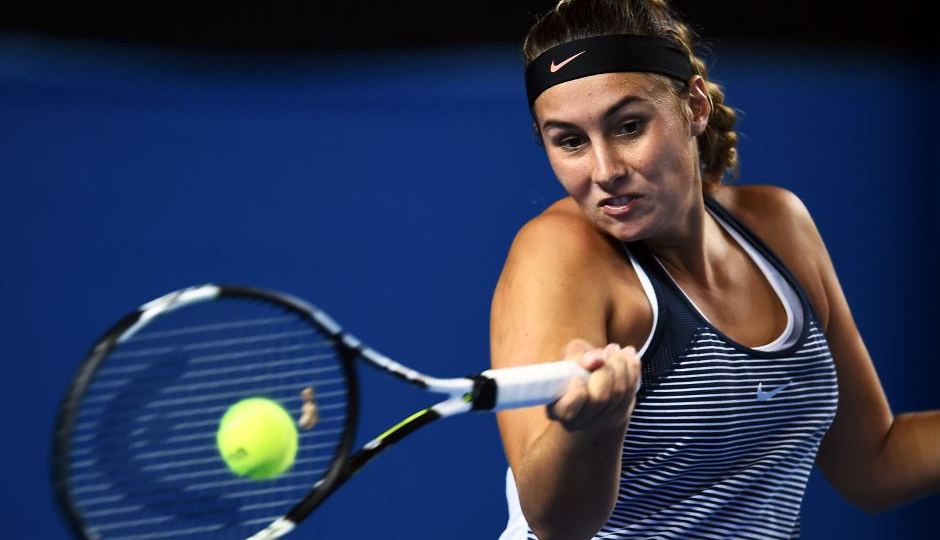 Sara Tomic will be hoping to progress to the Australian Open proper while her brother Bernard sits it out. Photo: AAP

Bernard Tomic may be having none of it but that will not stop his sister Sara from trying her luck at the Australian Open wildcard playoff.

Rodionova, the world No.120 who only missed direct entry by 13 spots, was Australia’s only first-round winner at Wimbledon this year and shapes as a formidable obstacle for 19-year-old Tomic.

Destanee Aiava is seeded second and hoping to rebound from Saturday’s gut-wrenching 6-7 7-6 7-5 loss to Jaimee Fourlis in the final of the Australian under-18 girls’ championship.

The victory landed Fourlis her own wildcard and now the exciting teenage talent is hoping to cause some Open carnage after earning a place in the main draw for the second year running.

At No.322 in the world, Fourlis is ranked 169 spots behind Aiava but held firm in the three-and-a-half-hour thriller to join Ashleigh Barty, Daria Gavrilova and Samantha Stosur in the 128-strong Open draw.

“I’m really happy to get the win,” Fourlis said.

“I just had to play my game, play solid, trust myself. My belief was really big.

“Destanee’s an incredible player, I knew she was going to come out firing.

“I had a great game plan and I can say I executed it pretty well.”

She confirmed her class with a three-set loss to former world No.1 Caroline Wozniacki in her second grand slam appearance at the French Open.

“That experience [in Melbourne], and winning a round and playing a great match at the French against Wozniacki, it definitely does build and you get more confidence,” Fourlis said.

“I’ve got nothing to lose. I’m going to enjoy it, I have a grand slam in my backyard.

“I train here every day so it’s unbelievable just to play in one.”

Alex Bolt is top seed in the men’s wildcard playoff and begins his quest against Bernard Nkomba.

The men play on Monday and the women hit the courts on Tuesday.