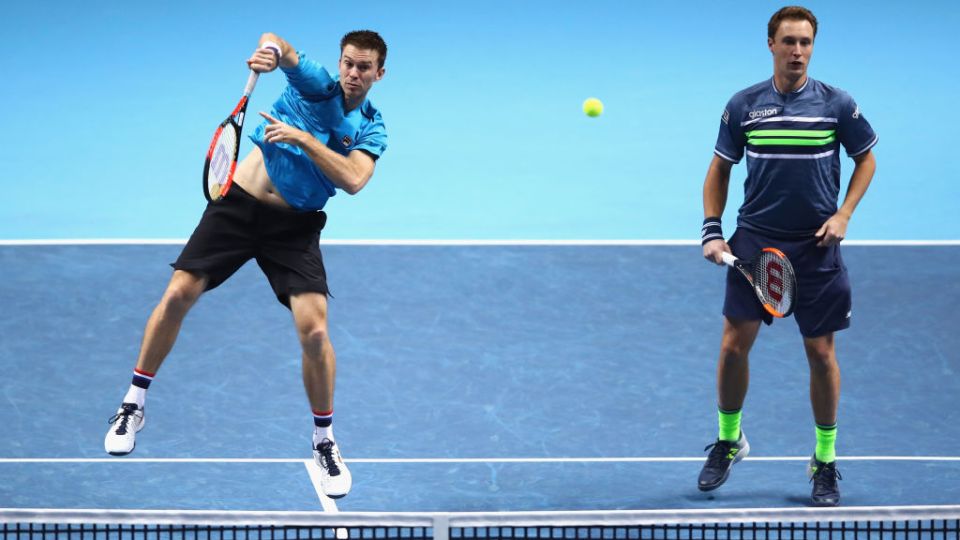 Australian Davis Cup star John Peers is humbled to have taken a special place in tennis history with the successful defence of his doubles crown at the ATP World Tour Finals in London.

Peers and Finn Henri Kontinen capped a memorable year with a dominant 6-4 6-2 victory over top seeds Marcelo Melo and Lukasz Kubot in Sunday night’s final at the O2 Arena.

The reigning Australian Open champions are the first duo to retain their year-end crown since American greats Mike and Bob Bryan 13 years ago.

The only other pairings to go back-to-back in the tournament’s 47-year history are Swedes Stefan Edberg and Anders Jarryd in 1985-86 and tennis legend John McEnroe and fellow American Peter Fleming, who won seven straight times from 1978 to 1984.

Edberg was courtside 31 years on as Peers’ second title also matched the two that Todd Woodbridge and Mark Woodforde won together in 1992 and 1996.

“I looked up to those guys growing up. What they were doing not only in doubles but for Australian tennis was unbelievable,” said the 29-year-old Melburnian.

“To be able to match them with two is just something I hadn’t really thought of doing.

But not even the “Woodies” – Australia’s most successful doubles team of the professional era – ever managed to defend the trophy at the prestigious season finale.

The only other Australian to win the doubles showpiece is former Davis Cup captain John Fitzgerald with Jarryd in 1991.

After sweeping to the title undefeated last year, Peers and Kontinen had to rebound from a loss in their opening round-robin match this week against American Ryan Harrison and Kiwi Michael Venus.

Sunday’s victory earned Peers and Kontinen their fifth trophy from as many finals this year, not to mention $297,500 each.

It also provided Peers and Kontinen with the perfect finish to 2017 ahead of their attempt to go back-to-back at Melbourne Park in January.