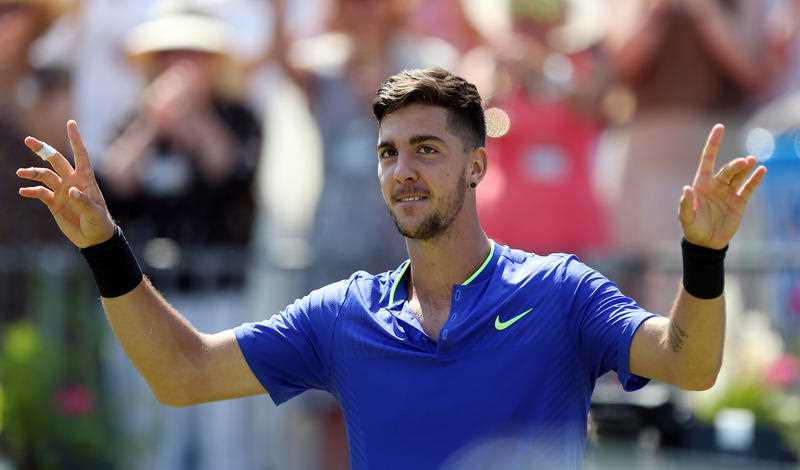 Thanasi Kokkinakis has suffered with injury over the years. Photo: Getty

Injury-plagued Thanasi Kokkinakis is set to play at the Australian Open in Melbourne for the first time in three years after being awarded a wildcard.

The 21-year-old has battled serious shoulder and abdominal injuries in recent years and is now hoping for a long-overdue change of luck on the fitness front.

Kokkinakis said he was incredibly grateful when Davis Cup captain Lleyton Hewitt told him he was getting a guaranteed start at his home grand slam tournament.

“It’s been tough missing the last two Australian Opens especially because it’s my favourite tournament and I was 17 when I played my first one,” Kokkinakis said.

“It’s been a pretty tough couple of years with my body, but I’ve been working hard to get it right.

“I’m really grateful to Tennis Australia for the Aussie Open wildcard and can’t wait to get back out there and compete in front of my friends and family.”

Tim Smyczek received the reciprocal US wildcard this week after topping the series of play-off events.

Thanasi Kokkinakis awarded a wildcard into the 2018 Australian Open