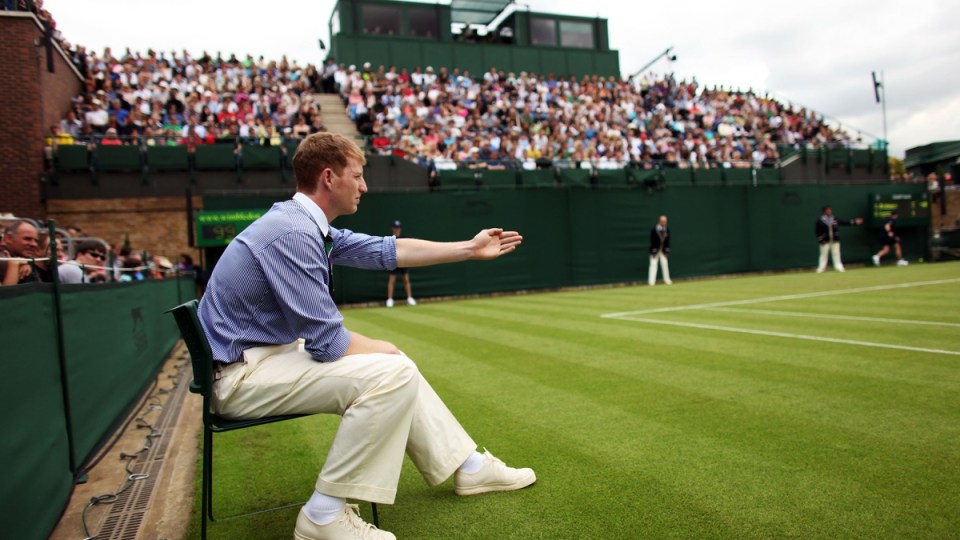 Officials like these may be made redundant soon. Photo: Getty

Angry tennis players may not have line judges to voice their anger at for much longer if a new trial in Milan goes well.

The ATP Next Gen finals in Milan – to be held later this year – will use Hawk-Eye technology to make line calls with only one official – the umpire – sitting on court.

The Next Gen finals are a new annual event to be contested by the top eight players in men’s tennis aged 21 or under.

New technology will power the tournament with instant and automated cries of “out” to determine when an errant ball has been hit.

It is a brave move for tennis and players will not be able to challenge calls made by the automation – instead only able to view replays shown around the stadium.

Gayle David Bradshaw, from the ATP’s rules and competition department, said that the development “could be a landmark moment for officiating in our sport.”

“Our athletes work incredibly hard and they deserve the very best and most accurate officiating we can offer,” he added.

“The technology is now in a place where we feel comfortable trialling this new system in a real tournament environment.”

Hawk-Eye – the system which powers tennis’ existing review system – will supply the technology at the event.

And the company’s director of tennis, Sam Green, said the November event in Italy could showcase “the future of tennis officiating”.

“The Next Gen ATP Finals provides a fantastic platform to showcase the Hawk-Eye Live technology … working with the ATP has allowed us to refine the system to not only improve the quality of line calling, but the overall fan experience,” he added.

At the Milan tournament, foot-faults will be decided by a ‘review official’, who will act similarly to the way a third umpire does in cricket.

The ATP said that the technology that will be used “has been comprehensively tested and developed by Hawk-Eye Innovations over the past 18 months.”

The decision to replace line judges with technology is the headline innovation from a tournament that promises to shake things up.

Other announced changes to be trialled are sets of first to four games, no advantage scoring, no lets, the use of shot clocks, limits on medical timeouts and a shorter warm-up.

Members of the crowd – expect those behind the baselines – will be allowed to move around as they please during matches, too.

ATP boss Chris Kermode said in May that the changes would bring “something new to the table”.

“The sports and entertainment landscape is changing rapidly, as are the ways in which fans are consuming our sport,” he said.

Hawk-Eye: The ‘landmark moment’ that could change tennis forever