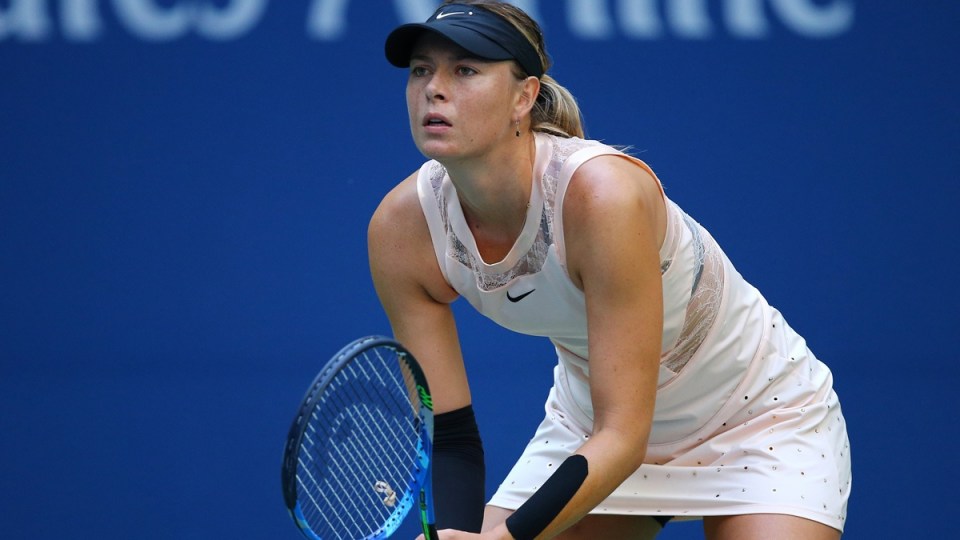 Maria Sharapova is through to the third round at the US Open. Photo: Getty

Maria Sharapova is getting favourable treatment at the US Open, tennis star Caroline Wozniacki has complained, with the Dane insisting it is a poor look for tennis.

The Russian returned in April from a 15-month doping ban, and her slide down the world rankings meant she needed a wildcard to compete at any of the grand slams.

While the French Open and Wimbledon turned her down, the US Open did not, controversially giving the five-time grand slam winner a wildcard.

Her presence at Flushing Meadows has been a major talking point, with the 30-year-old toppling second seed Simona Halep in round one on centre court.

Sharapova’s second-round win over Timea Babos was in the main Arthur Ashe Stadium, further infuriating Wozniacki who was relegated to minor courts as a result.

“Putting out a schedule where the No.5 in the world is playing on court five, fifth match, on after 11 [pm] … I think that’s unacceptable,” she said on Friday (AEST).

Wozniacki was furious after being beaten in three sets by Ekaterina Makarova in a match that ended up all the way out on court 17 – territory normally occupied by unseeded battlers.

“I think someone who has fought their way back from injury and is No.5 in the world deserves to play on a bigger court than court five,” he said.

“Finally they moved us to court 17, which is a really nice court actually, and we had great atmosphere out there.

“But yeah, I think they probably should sometimes look into what they need to do in the future.”

Wozniacki said Sharapova’s repeated appearances on centre court were “questionable” – even if Sharapova was a big attraction for fans.

“When you look on centre court – I understand completely the business side of things and everything – but someone who comes back from a drug sentence, performance-enhancing drugs and then all of the sudden gets to play every single match on centre court, I think that’s a questionable thing to do,” she added.

“It doesn’t set a good example.”

Sharapova will again play on centre court in round three, against American teenager Sofia Kenin on Saturday morning (AEST).

Sharapova is also on track to meet Australian Ashleigh Barty in the tournament’s quarter-finals.