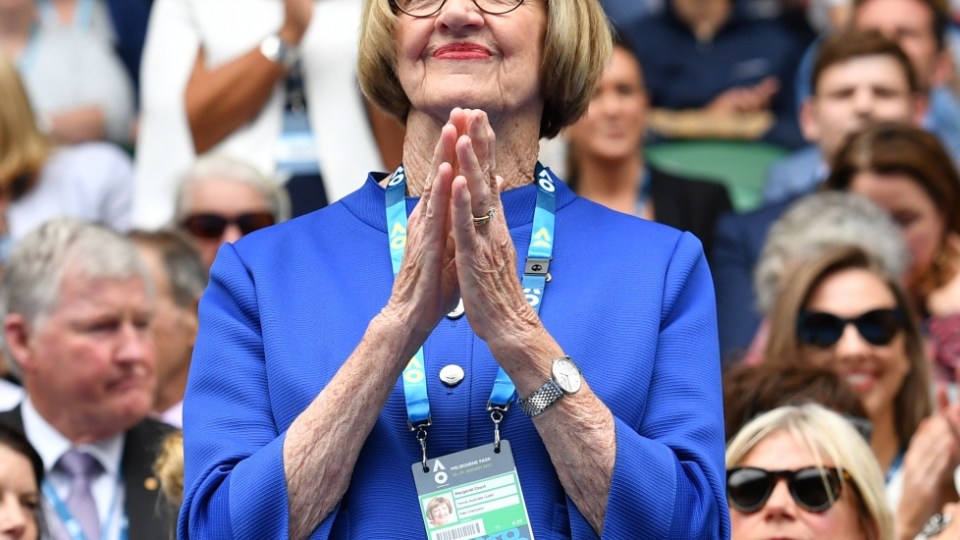 "I am disappointed that Qantas has become an active promoter for same sex marriage." Photo: Getty

Australian tennis legend Margaret Court has been branded a “bigot” for saying she will stop flying Qantas “where possible” in response to the airline’s promotion of same-sex marriage.

In a letter published in The West Australian newspaper, in her home town of Perth, Court wrote: “I am disappointed that Qantas has become an active promoter for same-sex marriage.

“I believe in marriage as a union between a man and a woman as stated in the Bible.

“Your [Qantas] statement leaves me no option but to use other airlines where possible for my extensive travelling.”

Margaret Court: "I will use other airlines for my extensive travelling

Other Airline: Welcome Aboard Margaret. Next Stop Geelong @Qantas pic.twitter.com/HuGRfgERf3

Czech tennis great Martina Navratilova also tweeted: “Maybe it’s time to change the name of the Margaret Court Arena then… and I guess Margaret will be taking the boat on her next trip?:)”

Court, 74, one of the country’s most respected sporting identities with 24 grand slam singles titles, is also a senior pastor at Perth’s Victory Life Church and has been well known as an outspoken critic of homosexuality and same-sex marriage.

Former Wallaby and writer Peter FitzSimons lashed out at Court, equating her attitude with bigotry, condescendingly calling her comments “simply sad” and that she “embarrasses herself” with her “homophobic” stance.

In a provocative piece in the Sydney Morning Herald, FitzSimons went as far to suggest that the Margaret Court Arena at Melbourne Park should be renamed to reflect tennis’s more inclusive culture.

“Yes, yes, yes of course it is Ms Court’s ‘right’ to express those views,” he wrote.

“But it is equally our right to blow loud raspberries in her general direction. And one of the twitterati, Phil Branagan, made an interesting point: ‘Using the same logic, Ms Court will surely understand if one was to boycott the stadium named in her honour due to her social intolerance …’

“Tennis is an inclusive game, and ever more inclusive in the 21st century. Does Melbourne Park really want to have an arena named after someone who stands so firmly against such inclusiveness, who is becoming a byword for bigot?”

FitzSimons said he knew of no one “more generous and inclusive than Evonne Goolagong-Cawley” who would be a worthy replacement for Court.

“How bout [sic] the Evonne Goolagong Arena, as a name that tennis can be proud to put up in lights?” he wrote.

Court’s comments and the resulting furore prompted Tennis Australia to put out a statement.

“As a legend of the sport we respect Margaret Court’s achievements in tennis and her unmatched playing record,” it read.

“Her personal views are her own and do not align with Tennis Australia’s values of equality, inclusion and diversity.”

The Margaret Court Arena Twitter account posted a statement it did not support Court’s comments and as a venue embraced “equality, diversity and inclusion”.

Court said in the letter to the newspaper that she had proudly promoted Qantas during her days “of never losing a tennis match while playing for my country”.

“I love all people and will be pleased to talk to your board at any time,” she wrote.

“But it won’t be in the Qantas lounge.”

Flying domestically, at least, Court may be hard pressed to find a carrier that aligns with her views – Qantas competitor Virgin Australia and its founder Richard Branson also support gay marriage.

Qantas chief executive Alan Joyce recently had a pie thrown in his face in front of a packed auditorium at a business breakfast in Perth by West Australian farmer Tony Overheu, 67.

Like Court, Mr Overheu said his gesture was a protest at what he considered to be “corporate bullying”, citing the fact that Mr Joyce and 20 chief executives of major companies signed a joint letter in support of marriage equality.

Mr Overheu was charged by police with assault and has been banned by Qantas.