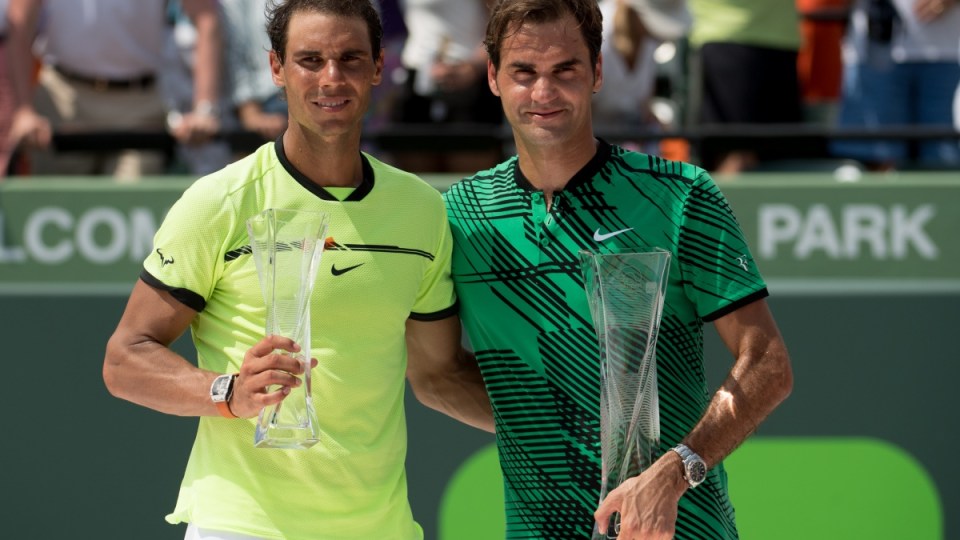 Federer has continued his 2017 dominance of the men's tennis circuit and Nadal. Photo: Getty

Roger Federer will return to fourth in the world rankings after beating his long-time Spanish rival Rafael Nadal 6-3 6-4 to win a third Miami Open title.

Federer, who sat out the second half of 2016 with a knee problem, now owns three trophies since January, when he started it all as he beat Nadal in an epic Australian Open final.

He also sent the Spaniard out a fortnight ago in early Indian Wells rounds before polishing his season record at Crandon Park.

Federer, 35, is off to a flying 19-1 start in 2017 after winning 11 consecutive matches as he now pauses to consider how much he will play in the pre-French Open clay season.

He apparently made the call in victory, telling US television: “I probably won’t play any clay events except the French Open, my body needs healing.

“I’m not 34 any more, things have to change in a big way. I need a rest and time to prepare. You will probably see me at the French again.” 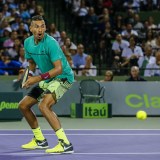 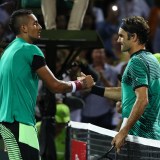 The 18-time grand slam winner becomes the first three-time champion in 2017 on the ATP. He owns 91 career titles.

Federer, who was ranked 17th before Australia, extended his longest win streak against Nadal – four matches – with his 14th victory in the series. Nadal owns 23 wins.

The Swiss, who now leads the points race to the year-end final, is not concerned with points or rankings, which he believes will take care of themselves as he sticks to his carefully mapped plans which have worked a treat so far.

“I want to stay healthy and enjoy myself. When I’m feeling good I can produce tennis like this. If I’m not healthy, I won’t be in these finals with Rafa,” he said.

“I’ll focus on the French and the grass and the hardcourts after that – that is the key for me.

“If I were to reach No.1 again, that would be great, but I feel that I’m a long way away.”

Federer chased off four break points in a final lasting just over 90 minutes, with Nadal broken once per set as his Swiss rival dominated.

“It was an intense first set, things could have turned quickly, it could have gone either way. The second started slow for both but I got a few important points. It was a good win for me.”

The historic Federer-Nadal series began in Miami 13 years ago, when the 17-year-old Nadal won in straight sets.

Roger Federer’s renaissance continues, up to world No.4 after Miami win