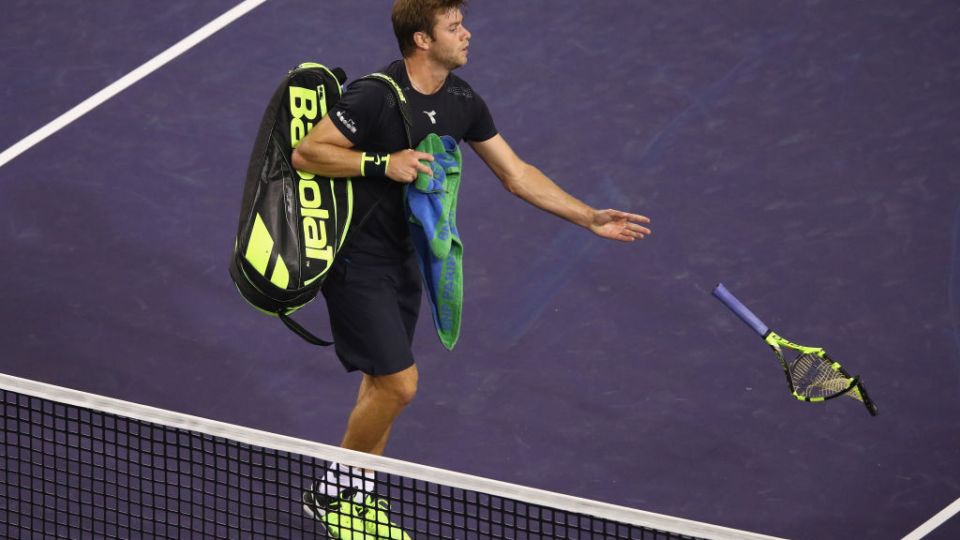 Ryan Harrison had a chance of victory before his spectacular meltdown. Photo: Getty

US tennis player Ryan Harrison has had a dummy spit so spectacular, it may even put the master of the meltdown, John McEnroe, to shame.

Playing Damir Dzumhurat, of Bosnia-Herzegovina, at the Indian Wells tournament in California, Harrison had a sniff of victory when he fell apart in volcanic fashion.

Serving at 5-6 in the deciding third set, Harrison missed an arguably simple volley and then decided to vent his anger by stomping on a spare racquet lying next to his chair.

When Dzumhur won the game that closed out the match, Harrison proceeded to smash his racquet on the court before shaking hands with Dzumhur and the umpire.

Then he really went to town, demolishing the remaining racquets in his bag. The carnage: five in all.

One media outlet ranked it as the biggest dummy spit since Marcos Baghdatis’s eruption at the 2012 Australian Open when he smashed four racquets, one after the other, during a second round match.