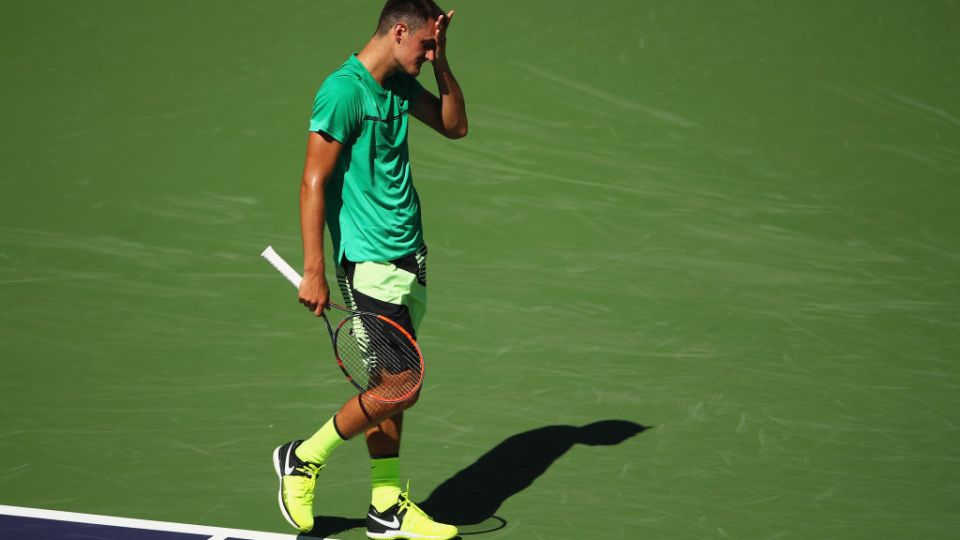 Bernard Tomic hasn't won a match since bowing out of the Australian Open in late January. Photo: Getty

Tomic, who has slipped to 42nd in the world, lost in the first round for the fourth tournament running as 112th-ranked Bjorn Fratangelo thrashed him 6-2 6-2 in California, in the United States.

American Fratangelo — who had not won a main draw match at an ATP tournament in 2017 before this clash — wrapped things up in just 62 minutes.

His success was helped by Tomic’s poor form — the Aussie won just 25 points of 47 when serving.

That figure included just four of 17 on his second serve, which gave Fratangelo six break points — of which he converted just four, two in each set.

In stark contrast, Fratangelo saved all three break points he offered Tomic in the one-sided contest. 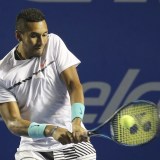 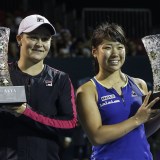 The victor, only in the tournament as a wildcard, also added seven aces to Tomic’s one.

He will now play world no.14 Tomas Berdych, of the Czech Republic, in the second round at Indian Wells — considered one of tennis’s biggest tournaments outside of the grand slams.
Tomic will remain at the tournament, though, as he prepares to play doubles with Spanish star Rafael Nadal.

But the singles result will be even more disappointing for Tomic given his much-criticised decision to retire in his last performance at the Mexican Open.

Tomic cited “unbearable heat” in Acapulco for his decision to pull the pin when one set down against American Donald Young.

It was just 27C, though, and he returned to play doubles just hours later in a move that infuriated many.

Since reaching the third round of the Australian Open, before being defeated by impressive Brit Dan Evans, Tomic has not won a match on the ATP circuit.

His ranking will continue to slide as a result and doubt still remains over whether he will play in Australia’s Davis Cup quarter-final against the United States in April.

Tomic made himself unavailable for February’s Davis Cup battle with the Czech Republic, which Australia won 4-1.

Aussie Jordan Thompson trailed 3-0 in the third and final set of his first-round clash against Kazakh Mikhail Kukushkin at Indian Wells when he withdrew citing an ankle injury.

Nick Kyrgios is the only other Australian in the draw and received a bye into the second round, where he will face either Argentine Horacio Zeballos or Romanian qualifier Marius Copil.