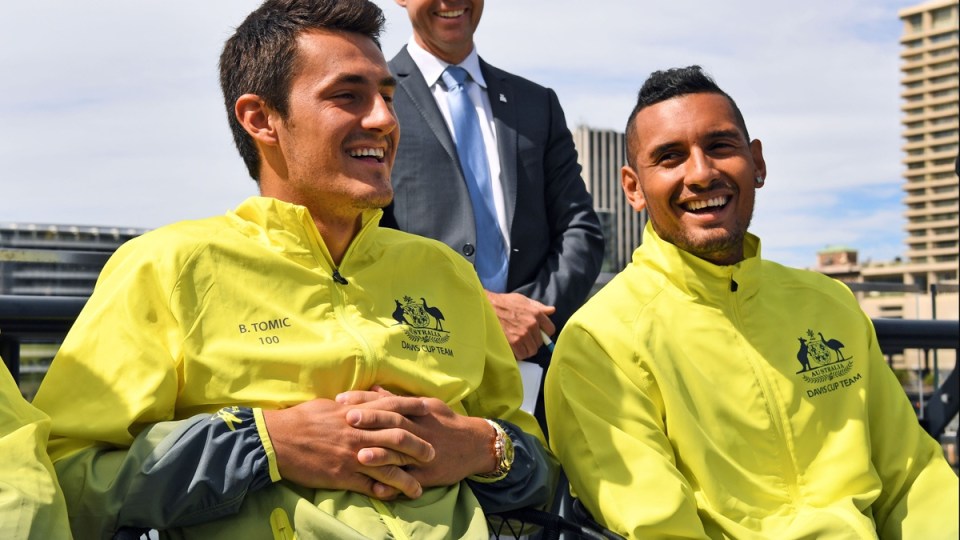 The recent antics of Nick Kyrgios and Bernard Tomic seem to firmly cement their positions as the Dennis Rodman and Charles Barkley of Australian tennis.

Earlier this week, Kyrgios – who stunningly beat world No.2 Novak Djokovic in straight sets on Friday – abused fans and officials, while Tomic incensed the nation by retiring due to the ‘extreme’ 27-degree heat he faced in Mexican city Acapulco.

But whether you love them or hate them, you’re feeding into a long-standing sporting phenomenon.

Sport is typically bipolar in nature: it’s about highs and lows, winning and losing, pleasure and pain.

And so when it comes to our sporting icons, it’s no surprise when we’re quick to classify them according to a dichotomy of their own.

The simple fact from a media perspective is that villains make sport entertaining.

The hero vs villain narrative that is typical of Hollywood films or children’s superhero stories translates directly into higher viewing.

As much as we love seeing our heroes win, we love to see our villains lose. 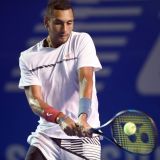 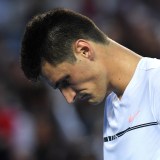 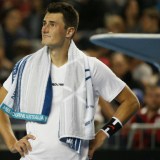 It’s the simple formula for schadenfreude – taking pleasure in others’ misfortune, and it makes us just as happy as the sense of vicarious achievement we feel when our sporting idol wins.

You know that sense of satisfaction you feel when the character you hate finally gets voted off Survivor? It’s that.

Through the lens of Affective Disposition Theory, we attach emotions to characters, and they form a narrative that the media can exploit to elicit an emotional response from us.

So if we think of sport as a story, our enjoyment of it is tied to the emotional intensity it evokes, in the same way that any memory or event is more vividly recalled when it’s emotionally intense.

When the brain senses danger, be it real or perceived, it releases hormones into our body to prepare it to combat the threat.

These hormones make us stronger and faster, preparing us to either stand up and fight, or run away as fast as we can.

This is a simple interpretation of what is commonly known as the fight or flight response to stress.

In young males, aggressive and sometimes even violent behaviour can be the body’s way of releasing the urge to fight once the danger is no longer apparent.

Kyrgios’ brain has sensed threat, and his body has been engaged to fight.

His behavioural pathways have been activated and in his case, they seem to manifest in aggressive (and expressive) actions towards umpires and fans.

Tomic, on the other hand, may be wired for flight.

Having sensed danger, his brain has prepared the body to flee, but he has nowhere to go. He can’t just run off the court.

It’s similar to the feeling many anxious fliers experience when the cabin doors are closed and the plane is prepared to take off.

Their instinct is to run, but they can’t.

Unlike anxious fliers, however, who must learn to relinquish control to make it to their destination, Tomic has to create another situation to justify his escape.

It was unbearably hot. He had to leave.

What many people forget is that sportspeople sacrifice themselves physically and mentally to chase the glory that the rest of us could only dream about.

Call Kyrgios and Tomic whatever you like, but at the end of the day, chances are you’ll still be watching them.

And you’ll enjoy it. Even if you don’t enjoy them.