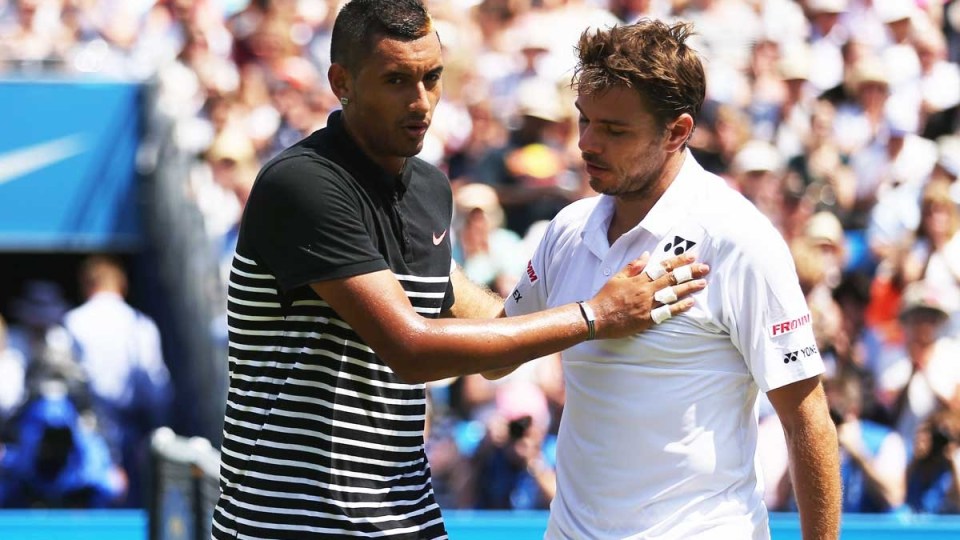 Stan Wawrinka says there are no hard feelings with Nick Kyrgios over his infamous sledge. Photo: Getty

All has been forgiven for Nick Kyrgios over ‘that sledge’ aimed at US Open champion Stan Wawrinka, it seems.

World No.4 Wawrinka insists there are no hard feelings despite their history, tipping the controversial Australian to be “very dangerous” in 2017 after his tanking ban.

Kyrgios copped a social media spray from Wawrinka after the pair were reportedly involved in a dressing room dust-up over the Australian’s now infamous on-court crack about the Swiss star’s girlfriend last year.

But asked whether there was still any ill will, Wawrinka said on Thursday: “Not that I know of.”

The dual grand slam champion also didn’t bite when asked if world No.13 Kyrgios had the respect of his peers following the three-month ban for tanking at the Shanghai Masters that ended his 2016 campaign. 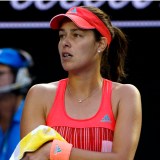 “For sure. He is a strong player, we all know how difficult he can be,” Wawrinka said.

“It’s tough (for me) to speak for everybody.

“For me, I see him as a strong and tough player.

“All I can say is that when he is playing well, when he wants, he is really dangerous.”

The charm offensive continued when Wawrinka bracketed Kyrgios with world No.3 Milos Raonic, No.5 Kei Nishikori and No.8 Dominic Thiem as the next to threaten tennis’ “Big Four”.

“I am sure he will win big tournaments,” Wawrinka said.

“He deserves to be 13th in the world. I am sure he will be even higher and will be there for many, many years.”

Kyrgios returned from suspension to contest the International Premier Tennis League in Asia this month.

But Wawrinka believed Kyrgios would show just how far he had come since his ban at the Australian Open.

“I am sure if he did a good off-season he is going to be tough to beat at the Australian Open,” he said.

“It will be interesting to see.”

Wawrinka has arrived at his Australian Open warm-up event, the Brisbane International starting on Sunday.

And in a potentially awkward match-up for Wawrinka, the men’s field may also include the other player inadvertently embroiled in Kyrgios’ sledge – Australia’s Thanasi Kokkinakis – who is in line for a wildcard.