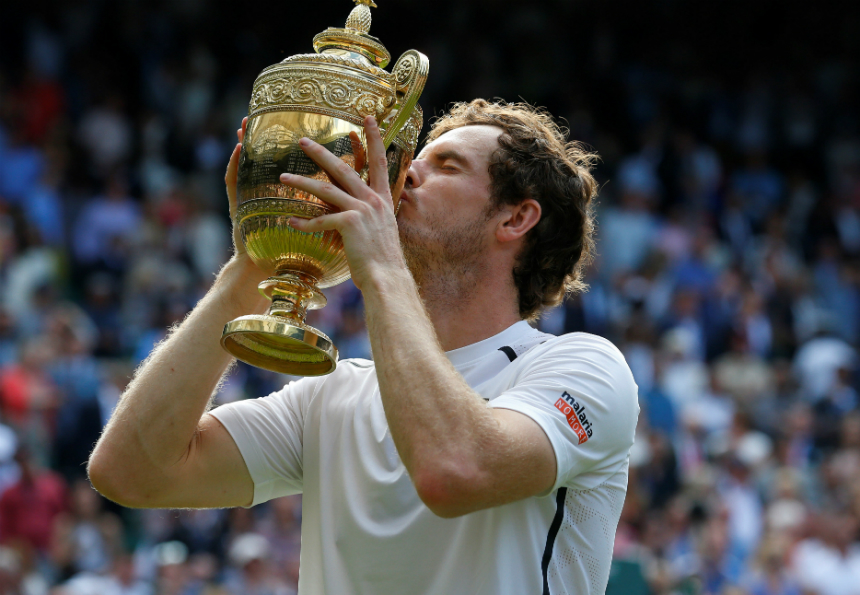 Andy Murray cried tears of joy and later admitted his difficult 2016 made his Wimbledon mens singles final win over Milos Raonic even sweeter.

The Scotsman lost both the Australian Open and French Open finals to Novak Djokovic this year but it was third time lucky for the World No.2 on Monday morning (AEST), as he recorded a 6-4 7-6 (7-3) 7-6 (7-2) triumph over Raonic in two hours and 48 minutes.

Murray, who thwarted the Canadian’s towering serve superbly, said his many near-misses at the All-England Club – he has been knocked out in the semi-final or final on five occasions – made wins like these “extra special”.

“It’s [Wimbledon] the most important tournament for me every year,” Murray said.

“I’ve had some great moments and tough losses [here]. I played some really good stuff today.

“The wins feel extra special because of the tough losses.

“I’m proud to have my hands on the trophy again.”

Murray – who had played Djokovic or Roger Federer in all of his first 10 grand slam finals – then said his 2016 triumph was far more enjoyable than his maiden Wimbledon crown.

In 2013, Murray, under the heavy burden of expectation, became the first British man to win Wimbledon since Fred Perry achieved the feat in 1936.

“I didn’t get to enjoy it as much so I’ll make sure I enjoy this one tonight,” he said.

Raonic hit 23 aces in his come-from-behind victory over Roger Federer in Friday’s semi-final but his serve failed him on tennis’ biggest stage.

He hit just eight in the final – Murray had seven – while his 29 unforced errors showed nerves affected him in his first grand slam final appearance.

Raonic was the only player broken during a match that was tight yet always controlled by Murray.

That break came in the seventh game of the opening set, allowing the crowd favourite to take the opener.

Murray’s failure to take break points in the first, seventh and ninth games of the second set would have given Raonic hope, but he was completely dominated in the all-important tie-break.

And with Henri Cochet the last man to come from two sets down to win a Wimbledon final – in 1927 – Raonic looked gone.

He had two chances to break in the fourth game of the third set, but squandered them both, and yet again it was Murray who was too dominant in the tie-break as he claimed a famous victory.

“This one is going to sting,” Raonic said afterwards.

“It’s a difficult challenge. Andy has been playing great and he deserved to win, congratulations to him.

“I’m going to make sure I do everything I can to be back here for another chance.”

Murray has now won all three of his grand slams under the tutelage of former world No.1 Ivan Lendl.

The pair resumed their partnership in June after splitting in March 2014.

In their initial period together, Murray also won the 2012 Olympic gold medal.