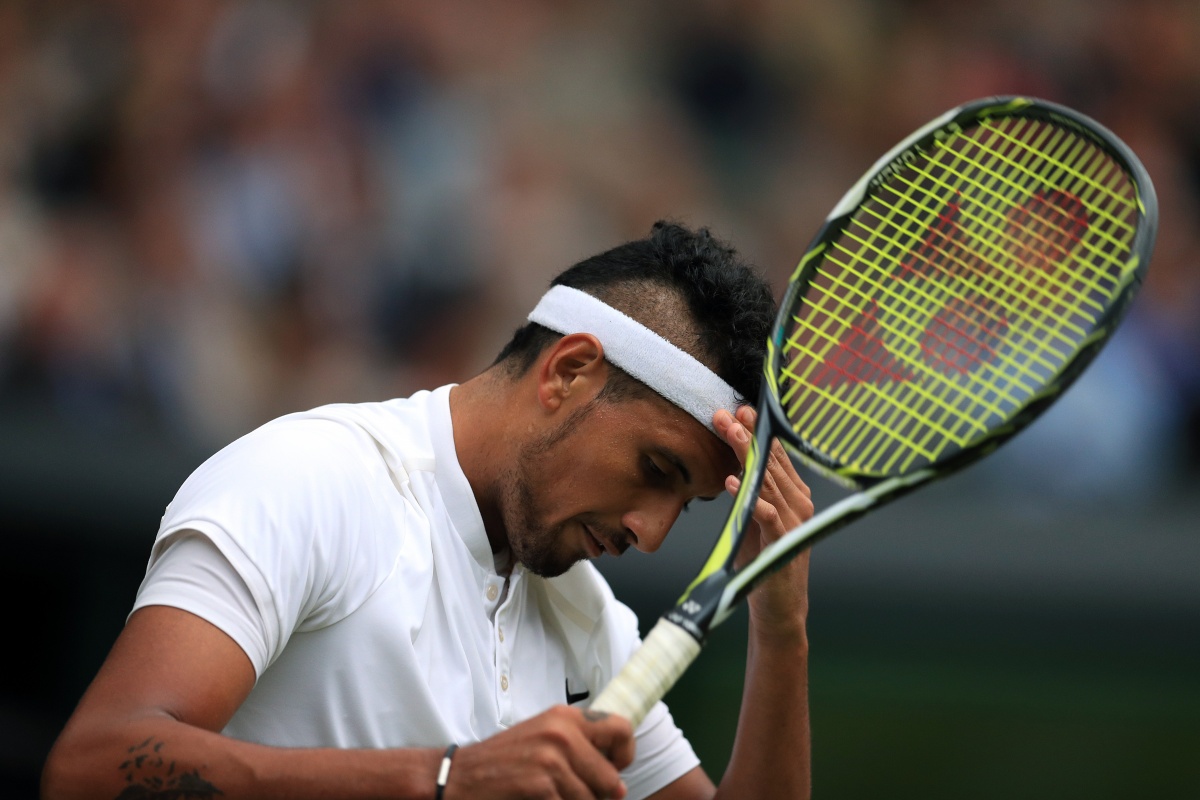 Tennis bad boy Nick Kyrgios has found himself embroiled in another off-court controversy – only this time he’s the victim.

Veteran BBC commentator John Inverdale sparked accusations of casual racism when he likened the Australian to a character from Rudyard Kipling’s The Jungle Book after his fourth-round Wimbledon encounter with Andy Murray last week.

After Kyrgios’ three-set loss to Murray, Inverdale said the 21-year-old “lumbered off like a character from The Jungle Book“, prompting swift condemnation on social media.

The Jungle Book is set in 19th century India and tells the tale of a boy raised by animals as a “man cub”.

#murray vs #Kyrgios who’s the racist commentator saying kyrgios ‘lumbered’ like a character from the #junglebook . And kept skating him ….

Umm racist much #inverdale #junglebook!! #Wimbledon I mean Kyrgios is a bit of a knob but seriously! What a disappointing match!

Inverdale’s comments aren’t the first time Kyrgios – the product of a Greek father and Malaysian mother – has been the the target of casual racism.

Olympic swimming great Dawn Fraser was forced to publicly apologise to the tennis player last year after suggesting he should “go back to where is parents came from”.

Fraser’s comments were prompted by another disappointing fourth-round effort from Kyrgios when he “tanked” in a four-set loss to Richard Gasquet.

“I just am so shocked to think that he went out there to play and he tanked, he did all that tanking, that’s terrible,” Fraser told Channel Nine’s Today last June, before adding German-born Bernard Tomic to the condemnation.

“They should be setting a better example for the younger generation of this great country of ours,” she said. “If they don’t like it, go back to where their parents came from. We don’t need them here in this country to act like that.”

After Fraser apologised and attempted to defend herself, Kyrgios hit back on social media describing her views as those of a “blatant racist”.

Fairfax Media reported that Inverdale’s Jungle Book comments had attracted a “small number” of complaints to the BBC, but did not say what action the broadcaster had taken in response.

Inverdale is no stranger to controversy, having previously been sanctioned by the BBC for making sexist comments about former Wimbledon winner Marion Bartoli in 2013.

“I just wonder if her dad did say to her when she was 12, 13, 14, maybe, ‘listen, you are never going to be, you know, a looker. You are going to have to be the most dogged, determined fighter that anyone has ever seen if you are going to make it’,” he mused on-air at the time.

Nick Kyrgios at centre of a new racism controversy