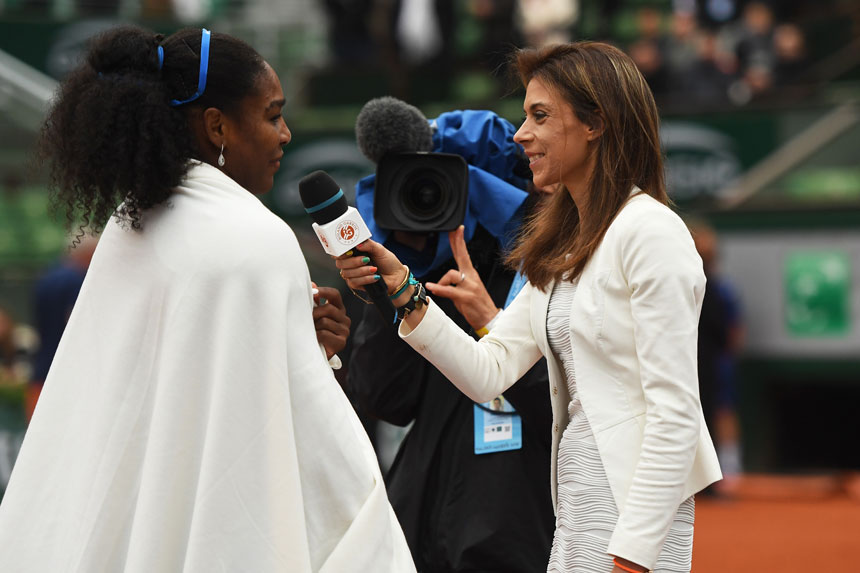 Former Wimbledon champion Marion Bartoli is worried she will die at the age of 31 after contracting a virus that has seen her lose more than 20 kilos.

Bartoli, who reached a career high ranking of No.7, is now retired and is fighting a battle just to stay alive after falling ill.

The Frenchwoman now works as a presenter but cannot process any food apart from salad leaves and skinless cucumbers.

She also says she has to wash with mineral water as her body reacts to tap water.

The 2013 Wimbledon winner believes she picked up the virus while going through India or on plane trips throughout the United States.

She says doctors have told her, following blood tests, that she has an “internal virus they can’t name”.

Bartoli, who insisted she was not anorexic, said she was living through hell and will begin treatment on Monday.

“My life is a nightmare right now,” she told ITV’s This Morning program.

“I wouldn’t wish what I am going through on anyone.

“I have been reduced to eating organic salad leaves and pre-washed cucumber with no skin.

“I am wasting away and I don’t know why. I can’t even have a tissue on my face as my body reacts. It is horrendous.

“I can’t type on my phone without gloves and for no more than five minutes as my heart will start to pump faster. I can’t wear my jewellery as I get a bad skin reaction.”

When quizzed if she fears for her life, Bartoli responded: “Yes, of course.

“Maybe my heart will stop. Going through all this is difficult.”

It is estimated that Bartoli now weighs around 40 kilos.

Bartoli was due to play an invitational event at Wimbledon this year but had to withdraw on medical grounds.

“I was looking forward to it,” she said.

“I am happy when I am on court. But the doctors told me that I couldn’t play because of my health.

“I understand that and respect the decision.”

At the time, she told The Sun: “It has happened naturally. My natural frame is quite tiny. That is the way my mum and dad are.

“I have just gone back to my natural shape.

“All that shows you is the amount of effort I had to put in to become the tennis player I was.”

Continuing to speak on ITV, she said wanted to speak about her issue in the press to tell her fans so they did not think “I did this to myself on purpose.”

“I wanted to explain, maybe there is someone else out there with this who needs support,” she added.

“I am surviving right now and pray to go back to a normal life.”

Bartoli received support from Serena Williams, who will play Angelique Kerber in the ladies singles final at Wimbledon on Saturday.

Williams said: “I was really proud to hear she did say something.

“She took it upon herself to acknowledge what she’s been fighting through. I really admire anyone that is courageous like that.”

The tennis champion fearing for her life