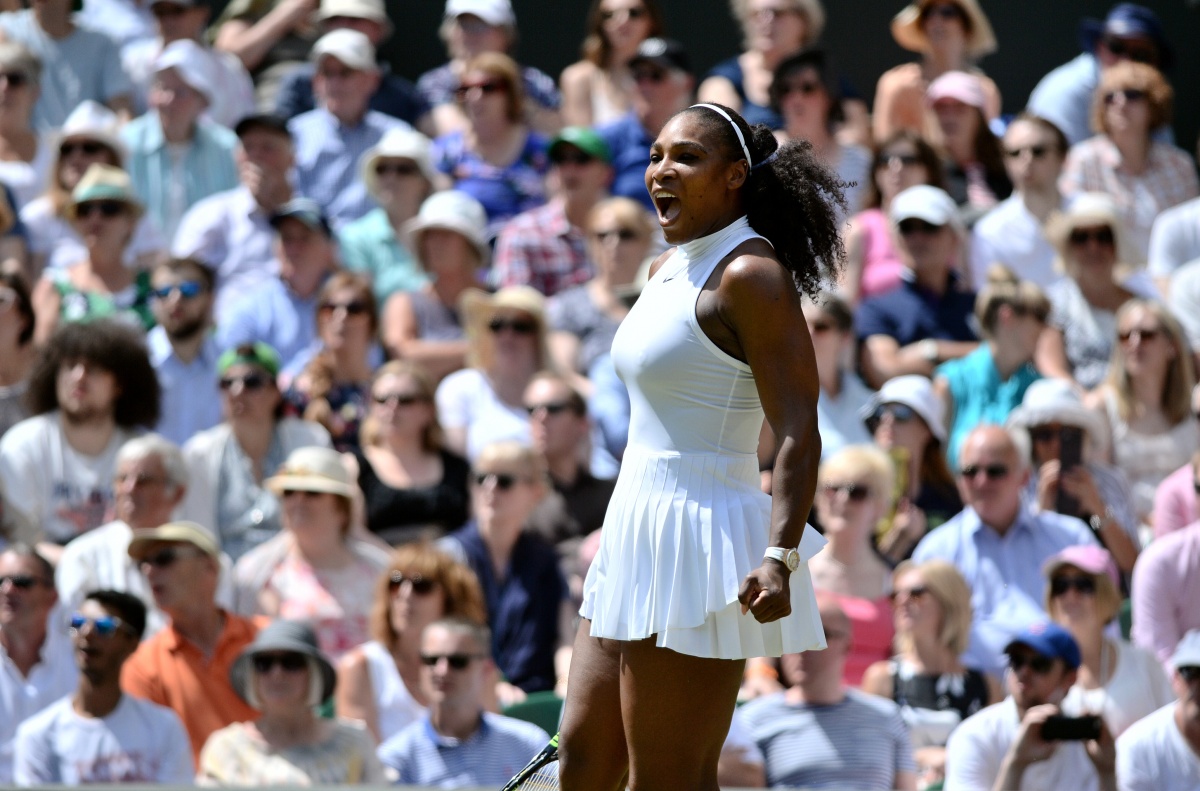 Angelique Kerber has set up an Australian Open final rematch with Serena Williams after ending hopes of another all-sister title showdown at the All England Club.

“It’s always a really tough match against her. She’s a champion and won so many times here.

“That’s why I’m so happy with my game. It’s just a very good feeling.

After landing her maiden major in Melbourne, Kerber will once again be trying to stop Serena from matching fellow German Steffi Graf’s open-era record 22 grand slam singles crowns on Saturday.

“I will just go out with a lot of confidence, trying to play my tennis and to give everything in the final.”

Kerber has every right to be cautious.

Serena’s comprehensive victory over Vesnina was the most one-sided women’s semi-final at the All England since Graf thrashed Pam Shriver 6-0 6-2 in 1997.

It was also the shortest in duration in the 48-year professional era, two minutes quicker than Williams’ thumping of Dinara Safina in 2009.

At 34, Williams is the oldest woman to make the Wimbledon final since Martina Navratilova in 1994, but is playing as well ever and is desperate to atone for her loss to Kerber in Australia and then to Garbine Muguruza in last month’s French Open decider.

On a mission, Serena raced to a 4-0 lead before allowing the world No.50 to even get on the scoreboard, then clinched the opening set in 28 minutes.

The top-seeded titleholder was even more ruthless in the second set, conceding a meagre five points and wrapping up victory with her 29th winner.

In a serving masterclass, Serena fired down 11 aces and lost only three points on serve all match.

She will be contesting her 28th grand slam final in total on Saturday and said it was hard to comprehend she was into her ninth final at the home of tennis – 14 years after her first.

“I can’t believe I’m in the finals again.

“Obviously I’m 0 for two (this year) so hopefully I can win one this year.”

The top seed’s semi-final rout also secured the world No.1 ranking for at least a 301st week.

Kerber could have assumed the top ranking had she won the title and Williams didn’t make the final.