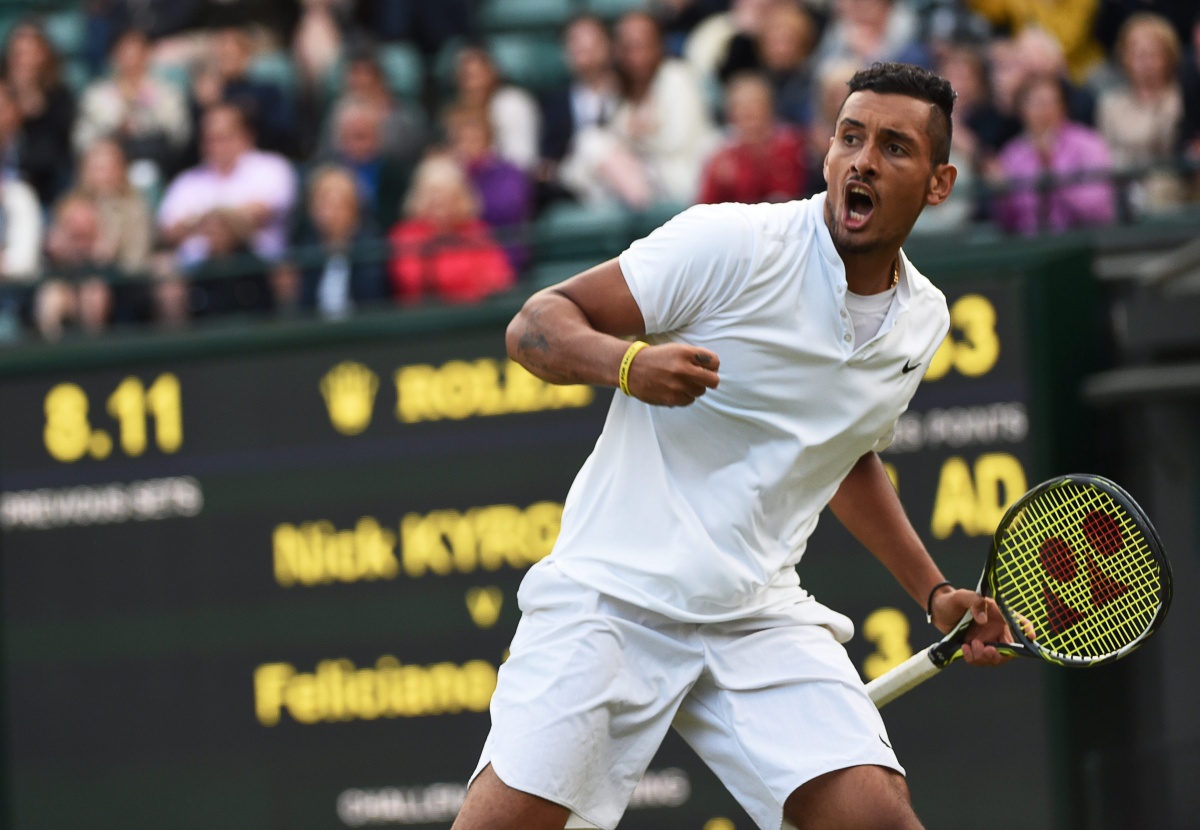 Nick Kyrgios has returned from the stoppage of his third round match against Feliciano Lopez with a renewed focus that enabled him to cruise to victory — booking him a fourth round showdown with Andy Murray.

Kyrgios was tied on a set apiece with the Spaniard on Saturday when the match was called off because of failing light.

Before darkness fell, court side microphones picked up the Australian calling his team, including his father, “retarded”. He appeared to be unhappy at the lack of support shown by his entourage.

He required a medical timeout for a nose bleed during the first set. And he received a code violation for hitting away a ball in frustration after dropping serve in the sixth game of the second set. He was losing composure.

But when the match resumed on Sunday local time, he took the final two sets with ease to claim victory 6-3, 6-7, 6-3, 6-4, clearly benefiting from the break.

“Playing Andy Murray on centre court of Wimbledon, it doesn’t get any better than that,” Kyrgios said during a press conference after the win.

“I thought I played really well. It was really pleasing to get through and playing Andy.”

This is Kyrgios’ third straight year of making the second week at Wimbledon.

Lying in wait for him is the new Wimbledon favourite. After the shock exit of defending champion and world No.1 Novak Djokovic, Murray is the man to beat.

Both men struggle with mental focus.

Murray is also known to often yell and remonstrate himself during matches, and to appear mentally rattled. This epic match up may well come down to who can maintain focus and discipline on the day.

Kyrgios’ use of the word “retarded” sparked some controversy. His fellow Australian Bernard Tomic also got himself into hot water on Friday by using the “retard” to describe himself after his opening round win over Fernando Verdasco. He apologised.

Tomic later stormed into the fourth round with a 6-2 6-4 6-4 win over 14th seed Roberto Bautista-Agut on Saturday. He will play Frenchman Lucas Pouille on Monday for a spot in the quarterfinals.

The presence of both Kyrgios and Tomic in the fourth round of Wimbledon is reportedly the best showing for Australia since Lleyton Hewitt and Mark Philippoussis in 2004.

Murray will be hoping to break this Aussie winning streak by repeat the form that earned him a clinical three-set win against another Australian, John Millman, on Saturday.

“This man is playing like a dream”@NickKyrgios celebrates booking his place in the fourth round at #Wimbledon https://t.co/XlFyAdRPMG