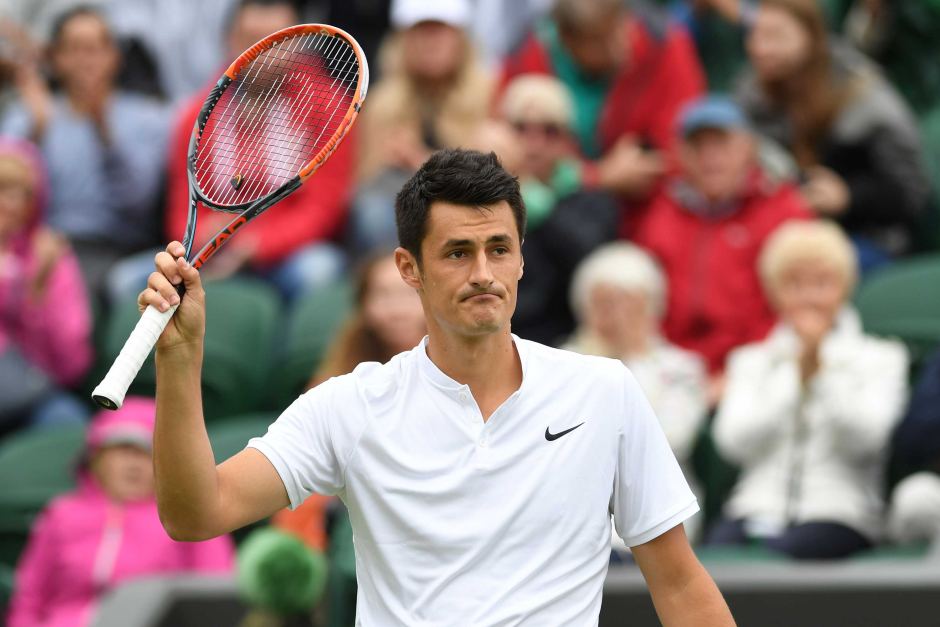 Bernard Tomic conceded he would rather have slept on his tenuous match-winning lead after surviving a nerve-wracking one-set shootout to safely advance to the second round at Wimbledon.

Barton was locked at two sets apiece and 3-3 in the decider when his titanic first-round tussle with fellow qualifier Albano Olivetti was abandoned on Wednesday night.

Samantha Stosur did not even set foot on court, with the 14th seed’s second-round clash with former finalist Sabine Lisicki wiped entirely from the third-day schedule.

But Tomic made the startling confession that he would have preferred not to return to court after a second rain stoppage and instead gone to bed leading Verdasco 5-3 in the fifth set.

“I was leaning on hopefully playing tomorrow and then not having to play (my) second (match) if I had have won,” he said.

“Now I have to play tomorrow.”

The 19th seed will return on Thursday to face Moldovan qualifier Radu Albot for a likely crack at 14th seed Roberto Bautista-Agut.

Despite the apparent inconvenience of having to play three straight days – and backing up for a full match – Tomic said he fancied his chances of pushing into round three.

“Whoever won this match had a big chance of going further into the draw, for sure,” he said.

“I’m pretty happy, probably with my results. (I’ve had) some of the best grasscourt results prior to Wimbledon. It’s pretty solid.”

Tomic resumed against Verdasco with the match on a knife edge at two sets each after anxiously waiting another hour after the scheduled restart before the covers were removed from court three at the All England Club.

He gained the decisive break in the sixth game, much to the delight of Australian Davis Cup captain Lleyton Hewitt, who bellowed a signature “come onnnnn” from Tomic’s courtside box in celebration.

Tomic had to hold his nerve and serve from love-40 down to consolidate for 5-3 after fighting off five break points, only for light drizzle to force the players off once more for another four hours.

He finally put Verdasco away after two hours and 45 minutes of on-court action, despite the one-time Australian Open semi-finalist firing down 28 aces to Tomic’s 11 and clubbing 69 winners to 51.

Tomic scrapes into next round