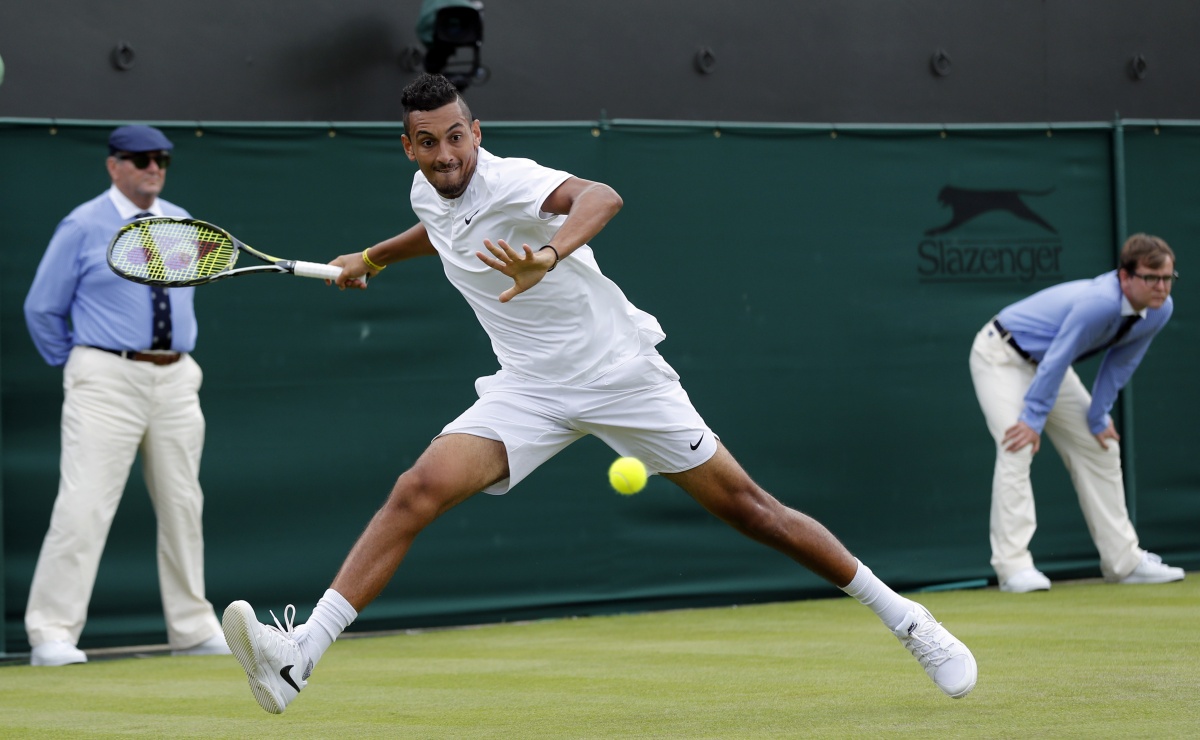 Nick Kyrgios looked at his confident best, if a little ill tempered at times, as he came back to defeat Radek Stepanek and advance to the second round at Wimbledon on Monday night (AEST).

After dropping the opening set and looking in strife, the 19th seed appeared to have wrestled control before dropping the fourth set.

After Kyrgios dominated the first two sets, Stepanek came back in the third to force a tiebreak and disrupt the Aussie’s focus.

Kyrgios held off four set points in the tiebreak before Stepanek, 37, lured his 21-year-old opponent to the net with one of many drop shots before passing him with a cross-court forehand.

The Australian momentarily lost his cool after the third set, exchanging words with the umpire and earning himself a warning for unsportsmanlike conduct.

He then quickly regained his composure and came back with a break to lead the fourth set 2-0 before serving out the match.

While he was composed and workmanlike for most of the match, Kyrgios did show a little flamboyance to the All England Club crowd.

Leading Stepanek 30-15 at the start of the third set, Kyrgios looked inspired as he deftly returned the ball with a ‘tweener’ shot between his legs to take the point.

The shot brought back memories of Kyrgios’ infamous drop shot ‘tweener’ in his stunning 2013 victory over Rafael Nadal .

South Australian qualifier Luke Saville was not so lucky, going down 6-4, 5-6, 5-7, 4-6 to Dennis Novikov of the United States.

Earlier, former No. 1 Leyton Hewitt said he believes Kyrgios and Tomic have the big-match temperament and grass court know-how to challenge for the Wimbledon title.

“It’s probably maybe their favourite surface,” Hewitt, the 2001 champion, said on the tournament eve. “Guys like Nick and Bernie, they love playing on the big courts in front of the big stadiums.

“That’s what you need if you’re ever going to hold up the trophy.”

“Kyrgios is definitely one of the players that can go far,” he said.