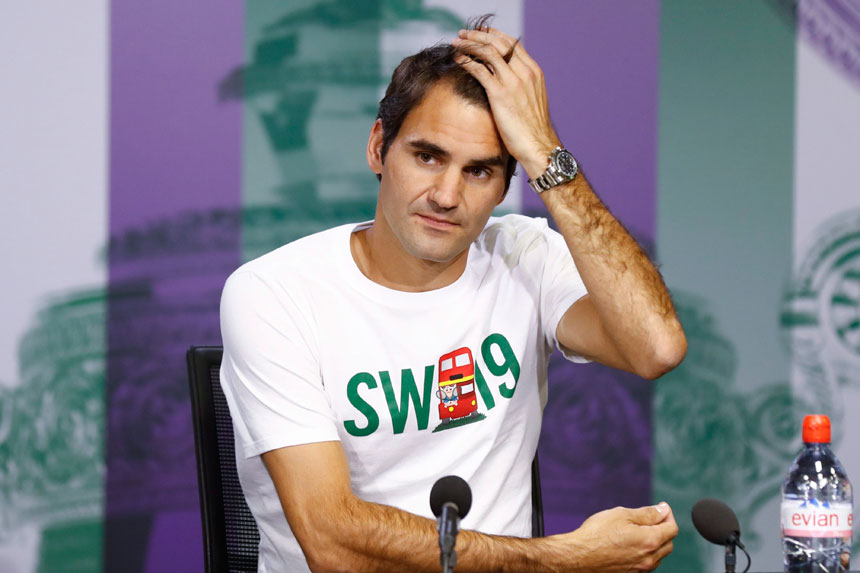 Roger Federer is so taken by Marcus Willis’ amazing underdog story that he has urged the Wimbledon crowd to support the Brit when they meet on Wednesday.

The 14-time grand slam winner said on Tuesday he was “very excited” about the chance to play the 772nd-ranked Englishman. He hailed Willis’ feat of reaching the tournament’s second round as “one of the best stories in a long time in our sport”.

Willis, 25, lives at home with his parents and reportedly has a large credit card debt. He was ranked 332nd in the world at his peak but became so disillusioned with tennis that he was on the verge of quitting earlier this year.

It was only his American girlfriend, Jenny Bate, who convinced him otherwise. He remained a part-time player and tennis coach.

Willis was the last direct entrant into Wimbledon pre-qualifying. He had to win six straight matches just to reach the main draw. And he only secured his spot because another player withdrew after failing to get back from Turkey on time.

Bate, a dentist, was not scheduled to see her partner play in the first round at Wimbledon on Monday, but equipment at the surgery she works at broke down, paving the way for a mad dash to the All England Club. There she saw Willis continue his winning run with a shock straight-sets triumph over world No.54 Ricardas Berankis on court 17.

“These are the kind of stories we need in our sport,” Federer said during a press conference on Tuesday.

“I’m very excited to be playing him, actually,” he said.

“Naturally they’re going to support him. Rightfully so, because I think it’s a very cool story myself. It’s going to make the match difficult.”

Federer vowed not to take the match lightly.

“I saw him play today. He plays well,” he said.

“It’s not like he couldn’t play. Otherwise he wouldn’t be where he is. It’s going to be interesting.

“Plus he is serve and volleying, which I love to see. He came up with some great, great shots. To beat a guy of Berankis’ calibre in straight sets shows you how tough he is.”

Federer added it would be “awesome” if Willis got more support than him on what is arguably the sport’s biggest stage.

Willis, with tongue firmly in cheek, used his own post-match press conference to cast doubt on Federer’s playing ability: “I’m not sure he can play on grass. That’s good.”

The Brit was pragmatic about his chances of winning, but said he was determined to give it a go.

“Obviously it’s an amazing dream come true … I’m going to go out there and try to win the tennis match.

“I probably won’t. I might not. But I’m going to give everything, as I have the last seven matches.”

Willis also reflected on his battles as a tennis player, admitting that three years ago he realised he had to drop weight.

“I was overweight. I was just a loser. I don’t know. I just looked myself in the mirror, I said, ‘You’re better than this’.”

Now Willis is the talk of the All England Club.

It is hard to imagine a better story coming out of the All England Club over the next fortnight.