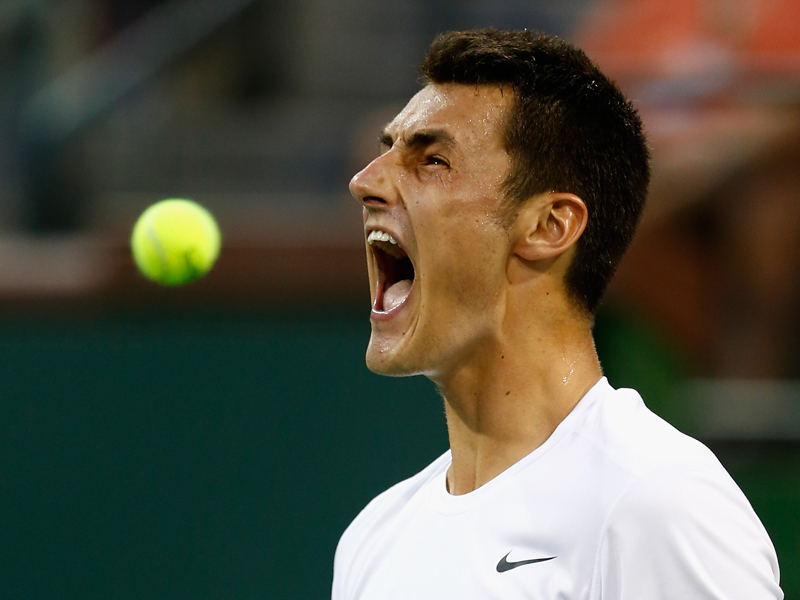 Bernard Tomic has dismissed any perceived tension between he and Nick Kyrgios as he knuckles down for his latest Wimbledon tilt.

But the 23-year-old insisted he remained on good terms with Kyrgios and dubbed any so-called rivalry between the pair “silly”.

Tomic, firmly focused on his Wimbledon opener against Fernando Verdasco on Tuesday, also said he wasn’t fussed about Kyrgios overtaking him in the rankings to be Australia’s No.1 entering the grasscourt grand slam.

“I respect him as a friend and as a person and as a tennis player.

“I don’t really see any competition between who’s No.1 and who’s No.2.

“It’s not a good thing. It’s a little bit silly, if you look at it like that.”

Kyrgios and Tomic – ranked 18th and 19th in the world respectively – have both ruled themselves out of the Rio Olympics.

Tomic cited a scheduling clash with a tournament he’s trying to defend in South America, while Kyrgios said he was gutted, but felt compelled to pull out after Australia’s Olympic team chief Kitty Chiller placed the pair “on watch”.

Tomic wants to move on from all the controversies.

“Me and Nick are great friends off court,” he said.

“People are talking about him more obviously.

“I’ve had my incident, he’s had his incident. I’m better off not being in incidents and being a positive person.

“Sometimes you can’t control this and things happen, but I’m not looking at who’s in the media more because it’s not my focus.”

Tomic opens up on alleged rift with Kyrgios