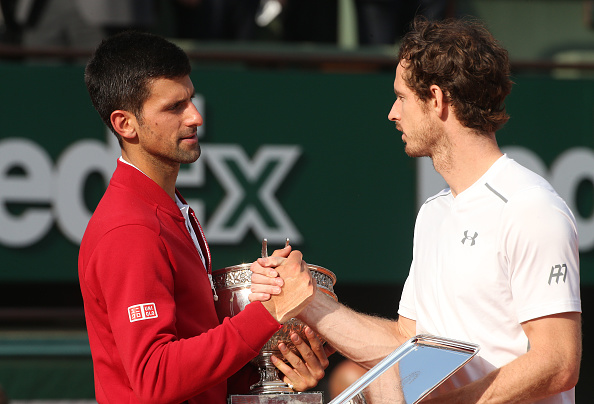 Andy Murray has what it takes to ruin Novak Djokovic’s dreams of sweeping to a ‘golden slam’, coach Ivan Lendl has said as the Scot prepares for another tilt at the Wimbledon title.

Murray has not won a grand slam since parting ways with Lendl in March 2014 after two years in which he won the 2012 Olympic gold, the 2012 US Open and the 2013 Wimbledon titles.

The two rekindled their partnership on Sunday and are already plotting to stop Djokovic, the first man since Rod Laver in 1969 to hold all four grand slam titles at the same time.

The Serb has won the French and Australian titles this year and victory at Wimbledon and the US Open in August would give him a calendar-year grand slam. Adding gold at the Olympics in Rio would see him seal the golden slam.

“To me there is a career grand slam, then all four in a row, next the calendar year grand slam and on the top the golden slam (including the Olympic gold medal). Djokovic has a chance to do that this year,” Lendl told British media.

“Obviously Andy and I would like to ruin those plans if we can.

“We know Andy has it in him. So now the question is ‘can he do it again?’ I think that’s an easier question to answer than ‘can you do it at all?'”

Lendl and Murray’s renewed partnership began with a victory over Frenchman Nicolas Mahut at the Aegon Championships at Queen’s Club, the Wimbledon warm-up event, on Tuesday.

Frenchman Paul-Henri Mathieu has withdrawn from Queen’s because of a wrist injury, meaning British wildcard Kyle Edmund is through to the last eight.

Edmund, ranked 85, will face a fellow Briton, his second quarter-finals this year on the ATP Tour. He will play defending champion Murray or Slovenian-born Aljaz Bedene.

It is not clear how serious the injury is.